Home
>
Information Hub
>
Articles
>
Behaviour
>
19 Years on the spectrum. 11 years on the drums.

Home
>
Information Hub
>
Articles
>
Behaviour
>
19 Years on the spectrum. 11 years on the drums. 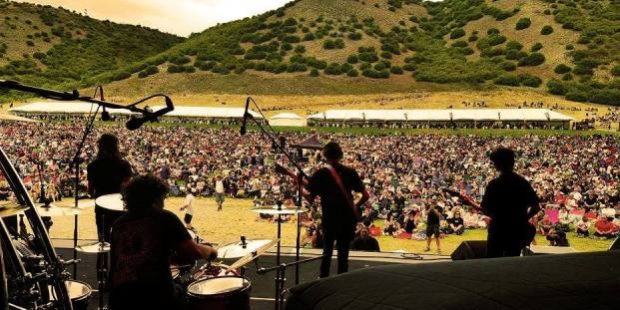 Tyler’s introduction to life 20 days into the new millennium was traumatic, writes his father Trevor Bailey of Wanaka.

A TWO MONTH early premature birth. Necrotizing enterocolitis (intestinal illness) diagnosis on day three. A race across Los Angeles in the early hours of the morning by ambulance with a team of medics from birth hospital to the Children’s Hospital Los Angeles (CHLA). Two major surgeries and another two months in the neonatal intensive care unit (NICU). Amazing life-saving care.

That was my son Tyler’s introduction to life on 20 January 2000.

I often think about the amount of drugs Tyler received in those early months and the answer from a doctor when I asked what harm they could be doing long term. His response, ‘they are keeping him alive today’. I could not argue with that!

From there two years of hospital visits, physiotherapy, and sign language skills. 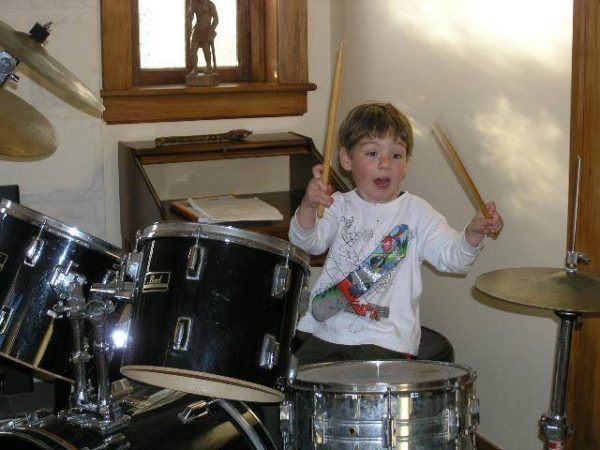 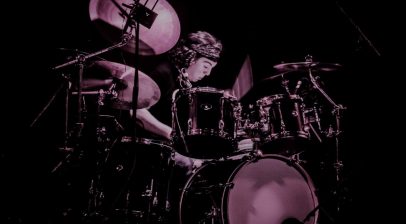 Back to New Zealand just prior to his third birthday. Settling for a couple of years down south in Oamaru. Chosen as close to both sets of grandparents at that time. Christchurch and Dunedin.

It was clear to myself and my wife that something was up from early on. Tyler was non-verbal until just after turning three. He had a fascination as a baby with anything that spun. Walk into a big department store and he would immediately look for the ceiling fans. He could spin a quarter (25c) piece by holding with one finger and flicking with the other on his high chair table, kept him occupied for an age. Seemed cute at the time.

Autism or Asperger’s had not been openly mentioned while in Los Angeles. The medical folk were concerned with his lack of speech and missing some of the growth indicators though. It was in early 2003 that Tyler was diagnosed almost immediately by paediatrician John Clarkson at Dunedin Hospital. Took him all of 10 minutes.

I remember leaving the appointment with my wife and Tyler trying to put a positive spin on what we had been told. I was familiar with the word autism but Asperger’s in 2003 was a new one to me.

I’ve never forgotten Dr Clarkson’s words. Not to panic and that a large percentage of professors at any university are likely on the spectrum and that’s why they are so bloody minded and dedicated to what they do. Has always stuck with me that comment.

Tyler was then quite quickly involved with the Vera Hayward Clinic and I believe he was in one of the early intakes of the Early Bird programme in Dunedin. I think as a father my focus with Tyler has always been looking forward. I think it was during the Early Bird programme that Tyler’s diagnosis really sunk in and potentially what it might mean for his future. One got to meet other parents with children under five all with different strengths and differences. I think as a parent of child on the spectrum you can’t help but look at others and think “I wish my boy was doing that” or “wow I’m glad we aren’t having that issue… now anyway!”

Over the years my wife Kathryn had lots of good advice from the Autlink Foundation in Christchurch whenever something came up. Very helpful.

I refer to what a nurse back in the NICU said to me one day in the ward where there were many children with many different issues, some that were visibly scary. She said, “yes others have issues different to your son but you need to just focus on what you are dealing with”. I’ve always found that good advice.

A move to Wanaka in 2005 followed after Tyler had completed his first two terms of primary school in Oamaru. A new primary school and trying to make new friends after leaving the ones he had made at kindergarten behind.

As any parent of a child on the spectrum can attest primary school was/is an interesting mix of being your child’s number one supporter, educating the school and obtaining support. As a father it was tough to see my son struggling to have friends outside school hours. One particular day stands out for me. It was the school sports day down at the park. I was there to watch Tyler from a distance. It was difficult to see all the other children having a great time in their little groups messing about and laughing. Tyler I could see was just wandering alone. I always understood it wasn’t the other children ignoring him it was just that they did not know he would like to be included.

The big thing I had come to realise was how invisible Asperger’s can be to others. A new arrival at school, a great kid with a physical difference, had been immediately taken in by the other children. I made a point after this day of explaining this to the school which made some changes and developed a buddy system with Tyler and made staff aware to keep an eye out for what Tyler was up to at playtimes. 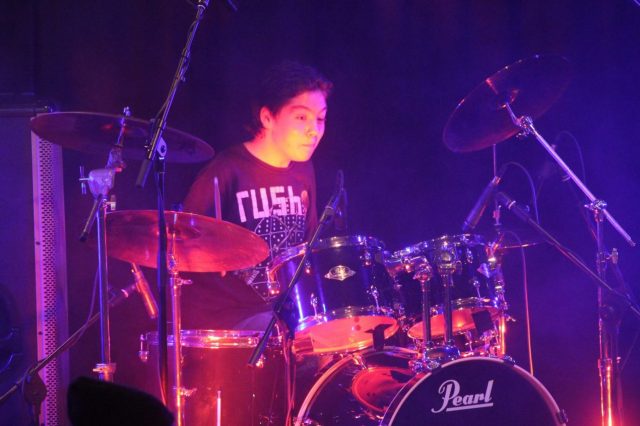 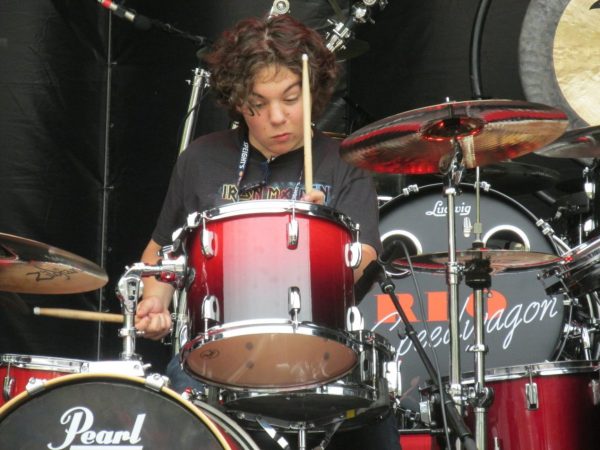 When Tyler was eight I was quite concerned and looking for an activity outside school to engage him. Sports hadn’t really worked out. I happened to have a drum kit that I purchased in Los Angeles with good intentions to master. My wife had been introduced to Rhys a musician in town who had had experience with kids on the spectrum up in the North Island. So in August 2008 we gave it a go. At first I thought I was tossing my money away. Tyler could barely stay on the drum stool, falling off into the drums etc. But he did enjoy Rhys’ company and Rhys certainly had a way in which to engage Tyler.

So the deal I made was no Rhys next week unless you practice each day. That started with the egg timer set at five minutes. Once that buzzer went off Tyler was out of there. However slowly over the next year things started to click. Once I suggested to Rhys that he teach Tyler an actual tune he liked, things took off.

That song was Green Days ‘21 Guns’. By April 2010 it was time to get out in front of a crowd with Rhys on bass playing along Tyler on drums in front of three classrooms of his peers and their teachers, at Wanaka Primary School. That day changed so much for Tyler. You could see the looks on the children’s and adults faces watching that they suddenly saw Tyler in a different light.

From that moment on Tyler really found his calling. Practice, practice, busking with an electric drum kit outside the New World and over the hill in Queenstown. Some public playing with other young ones around town. Lots of input from me to get these things happening.

Then it was onto Mt Aspiring College in 2011 and starting the whole process again with school, friends, teachers. Again it was the drums that made the difference for Tyler when he got to perform solo in 2012 at the school talent show in front of the majority of the school. He made his mark with both students and teachers that day. 2014 another performance opened the door for the formation of ‘Near Armageddon’

Lessons lasted with Rhys until late 2012 when he moved from town back north.

From early 2013 until December 2018 Tyler and I travelled a five-hour round trip down to Gore each second Saturday over school terms for a two-hour lesson where Tyler was taught by Dean Ashby at the Ashby School of Music. Dean promotes and teaches the Rockschool format of lessons and exams. Over this time Tyler completed grades 1-8 with distinction passes. At the end of 2018 he sat his Level 4 Performance Exam and gained a distinction pass in that too. All exams were taken by overseas examiners.

We also regularly travelled to the Dunedin Musicians Club where Tyler was immediately accepted and spends many hours on stage there now.

I often struggled that Tyler not once over his high school weekends was ever invited to a party or out. Or that he wanted to go out. The drum room was and still is his place for 2-4 hours practice and the Asperger’s is what has made him as good as he is.

In summary it’s been huge in both time and finances and a lot of it likely would not have been able to happen had Tyler had any siblings. Once I saw Tyler’s potential I just had to give him the opportunity. I’ve always been a believer if the talents for anything is there, nurture it. Tyler has this year started studying at Otago University for a Bachelor of Music degree with a minor in writing. Something both my wife and I could not have imagined a few years back.

I hope that Tyler’s story helps anyone out there looking for an avenue for their child. There is so much more to Tyler’s journey as there is with everyone’s. 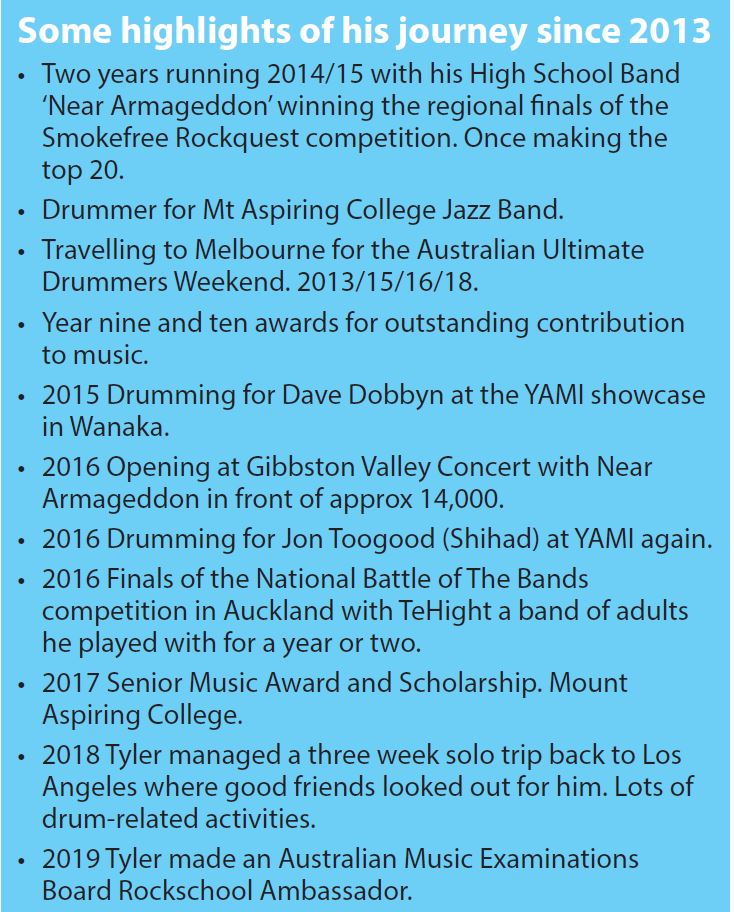