A spectator no more

A spectator no more 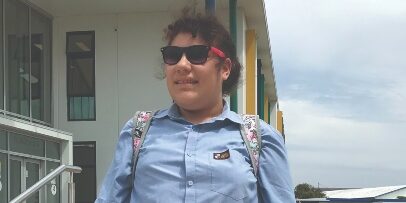 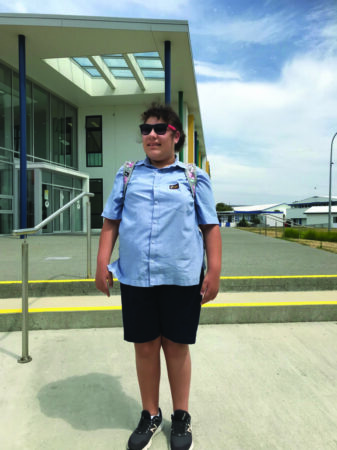 Sophia may be the new kid in class, but she is teaching everyone that change is not always a bad thing for autistic ākonga, writes her mum, and ally, Rebekah Corlett.

In preparing for this article, I asked Sophia, 13, what she thought of her first term at college. She used her AAC (Alternative and Augmentative Communication) device to tell me:

And with that, all the sleepless nights around the decision to transition Sophia from a specialist primary school to a mainstream college just melted away.

Those six little words encapsulated not only Sophia’s openness to change, but also her self-awareness that her new school was a welcoming and respectful space for her.

Six glorious words shouted out via her AAC talker, once again showing me and everyone around her that she doesn’t need anyone to speak for her.

I look back at most of the time Sophia spent in specialist school with great fondness.

She started as a small, quiet, cautious new entrant. Everything startled her, so we were ‘thankful’ when the local mainstream school principal pointed us in the direction of the local specialist school, who offered us all the support we could imagine. Maybe I should’ve fought harder for a place for her in the local school – we had every right to enrol her at that school. But then again, our journey in education would have been vastly different, with more physical, sensory and attitudinal trauma to move past. It prepared her for this important moment of transition.

Specialist school felt like a loving, but sometimes restrictive, barrier of bubble wrap around Sophia. As she got older, she grew in confidence using her AAC talker to help navigate her way through the world, her need for space increased.

Around the age of 11, it was clear to me that Sophia wanted to explore the world outside of the bubble, and experience new things. She had a voice and knew how to use it. 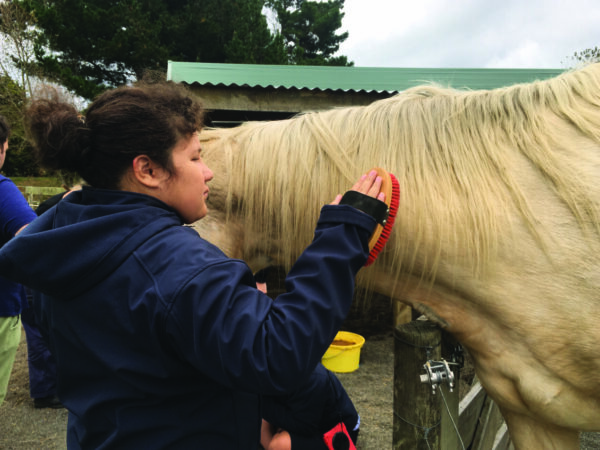 As the end of primary school years neared, I was warned off considering a mainstream option – that they wouldn’t tolerate Sophia’s loud verbal ticks disrupting the other students. Startled (but undeterred) we went for a visit to the mainstream college next door.

I spotted a portrait in the lobby of the Disability Commissioner Paula Tesoriero on the College’s past students wall of honour. A Paralympian and a champion for disability rights celebrated alongside Hollywood director and All Blacks felt like a sign we were on the right track.

The classroom we visited was so calm – teens sat on bean bags, couches, at desks doing their work – with headphones, fidget toys, independently or with an aide.

Sophia walked straight into the kitchen, where she joined in a baking lesson with some other students. Out of the window I could see Sophia’s beloved rakau, that she greets every morning on her way to school. I liked the idea that she could still see her old friend swaying in the breeze if she ever needed reassurance.

The teacher was bright and friendly, and made it clear right from the beginning that their class was inclusive, and students could come and go as they please, with as much or as little support as they require. The teachers would be guided by Sophia’s individual needs and were excited to learn more about AAC. It was music to my ears!

So, I took the plunge and enrolled Sophia in a mainstream college. I knew we were leaving behind all the access to therapy team input that specialist school offered, but I also knew that the social benefits of a mainstream environment would outweigh all of this. It just felt like it was time for Sophia to navigate her own waka, steer her own journey into education and teenage years.

It has been a period of transition for all of us. New timetables, new uniform, new staff, new approaches to learning, and I’m happy to say Sophia has taken to it like a duck to water.

In the first few weeks school was flexible with attendance, uniform items and let Sophia guide them on how much of the timetable she could handle.. I kept the before/after school routine calm and non-demanding, so she can start the new day relaxed and refreshed.

Sophia is really enjoying subjects like food technology, Māori and dance. Though the lack of te reo function available in AAC may eventually become a barrier to her engagement in the future.

She loves weekly trips to a farm where the class plant trees, stack firewood, build rabbit fences and care for the animals. This term she used AAC to write an article for the college newsletter. She also took full part in a kapa haka competition with her form class.

Sophia has friends, they have secret handshakes and chat over the lunch table. There’s a level of unconditional respect, that they are all the same but different. Her peers are allies as well, which is wonderfully empowering.

Sophia totally embraced the challenge of a new school, a new style of teaching. I’d like to use the phrase that she is ‘blossoming’ in front of my eyes, but that feels too sedate. Sophia is fireworks exploding in the night sky. The bright colours and patterns are a thing of beauty you can’t turn away from.

Sophia is a Rangatira, a trailblazer – signalling the way forward for everyone around her. She is showing her teachers how AAC is a valid form of communication, and that ‘non-verbal’ doesn’t mean she has nothing to say (quite the opposite!) Sophia is showing us parents that there is no cap on her potential, she just needs time and space to show us what she can do. She is signalling to everybody that she is an active participant in the community, not just a spectator anymore. 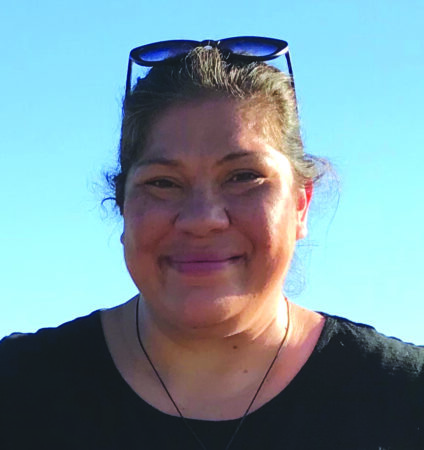 Rebekah Corlett MNZM is a member of the Altogether Autism Consumer Advisory Group.