Acoustic stimulation use as an autism intervention

Acoustic stimulation use as an autism intervention 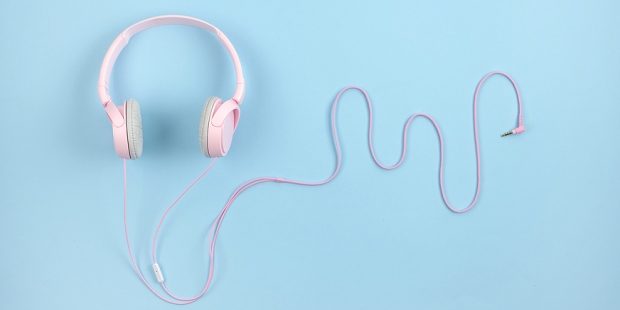 9 October 2020 – The Safe and Sound Protocol (also sometimes referred to as an Integrated Listening Systems Programme; ILS) is an autism intervention growing in popularity in New Zealand as more health professionals become certified to deliver it.

The Safe and Sound Protocol (SSP) uses common popular music filtered in a specific way so that human speech (i.e. the melody and intonation of speech) is emphasised whereas bass and treble frequencies are filtered out. This is then listened to by the participant via headphones for a period of 60 minutes, for five consecutive days (Heinrich & Ackermann, 2019). This is done in the company of trained SSP professionals  and they are predominantly there to motivate, interact, and respond with the individual participating in the protocol.

The goal of this therapy is to reduce stress, improve behavioural state regulation, and to reduce auditory hypersensitivity using acoustic stimulation in order to facilitate better social engagement.

An excerpt from the Safe and Sound Protocol information page states:

“Emotional and physiological state are critical to how we approach the task at hand. When a client has better state control, not only can they be more socially engaged, they are more open to therapy. [SSP] …retunes the nervous system (regulating state) to introduce a sense of safety and the ability to socially engage. This allows the client to better interpret not only human speech, but, importantly, the emotional meaning of language. Once interpersonal interactions improve, spontaneous social behaviors and an enhanced ability to learn, self-regulate and engage are often seen.”

According to creator of the protocol, Dr Stephen Porges, more than 1400 therapists have been trained to use this intervention method. It is designed to provide stimulation to the nervous system and essentially it needs to be allowed the time to absorb before throwing more stimulation at it. Any repetitions of SSP are done on a case by case basis however, 6 – 8 weeks is just the suggested minimum period to wait.

Theoretical Underpinnings/How Does It Work?

The Safe and Sound Protocol is based on the Polyvagal Theory, first established in 1994. This theory is built around the vagus; an important cranial nerve that plays a role in regulating our body states.

The premise of the theory is that as we have evolved, we have developed a new vagal pathway. This new pathway:

“links the regulation of the bodily state to the control of the face and head including middle ear muscles. These pathways regulating body state, facial gesture, listening (I.e. middle ear muscles), and vocal communication collectively function as a Social Engagement System (SES). Because this is an integrated system, interventions influencing one component of this system (e.g. middle ear muscles) may impact on the other components”.

Essentially, our autonomic nervous system is linked with our social and emotional processes. By stimulating the nervous system through the auditory system using the Safe and Sound Protocol to focus on human speech, this improves the processing of speech, which in turn improves the functioning of cranial nerves related to social behaviour and self-soothing.

If you are interested learning more about the polyvagal theory in greater depth, I have included this link to a primer guide on the theory: https://www.somaticpsychotherapytoday.com/wp-content/uploads/2018/05/ClinicalApplicationsOfPolyvagelTheory_PG50-69.pdf

What is the Evidence that the Safe and Sound Protocol is Effective?

A preliminary study into the effectiveness of the Listening Project Protocol (a precursor to the Safe and Sound Protocol) was published in 2014, and it tested the effectiveness of the protocol on reducing auditory hypersensitivities for autistic individuals. Two trials were conducted, with each trial consisting of both a test group (filtered music, aka the Listening Project Protocol), and a control group (headphones only for trial 1, and unfiltered music for trial 2). In both trials there was a significant reduction in hearing sensitivity exclusively for the filtered music group. Additionally, those in the filtered music group also significantly increased their spontaneous sharing behaviours. These results were consistent with polyvagal theory and provided support for the Listening Project Protocol (Safe and Sound) as an effective intervention strategy for reducing auditory hypersensitivity in autistic individuals.

An independent German study that examined the effects the Safe and Sound Protocol had on visual, tactile, digestive, and selective eating domains for autistic individuals was presented late last year at the Autism-Europe International Congress (Heinrich & Ackermann, 2019). The authors found that after participating in the Safe and Sound Protocol, participants showed an improvement in auditory hyper- and hypo-sensitivities, visual hypersensitivities, tactile sensitivities, and in digestive problems. Selective eating had also decreased four weeks post-intervention. Heinrich and Ackermann concluded that SSP appeared to be an effective therapeutic intervention for autistic people of varying ages (children, adolescents, and adults).

There are several case studies listed on the ILS website that speak to the efficacy of this programme. One such study involved an 11-year-old girl named Jane (pseudonym) who is autistic and has auditory and tactile hypersensitivities, and a narrow area of interest within her physical and social environments. Following the five-day implementation of SSP, Jane showed an increased interest in the environment around her, and in other people. Namely, she would ask others how they felt in relation to herself, e.g. if she was hungry she would ask others if they were also hungry, she began giving people compliments, and she offered to help another student in class which had never been reported before. Her parents also reported improved eye contact and communication, and a reduced sensitivity to noisy environments.

Another case study with a 5-year-old autistic boy shows a similar pattern of change. Thomas presented with behavioural dysregulation, auditory processing difficulties, anxiety with change, brief eye contact, and trouble with social engagement and communication. Following SSP, Thomas was reportedly communicating on a “deeper and more emotional level”, his language and eye contact improved, improved behavioural regulation, and more engagement with his family and classroom community.

There is relatively little published work on the Safe and Sound protocol, however the papers that have been published show evidence for its efficacy and support for the underlying polyvagal theory. An academic database search for “polyvagal theory”, returns over 7000 results from different journals and books, and the creator is a decorated academic who has published over 300 peer-reviewed papers over the course of his career.

Support is building for the theory, and I was not able to find any articles criticising it.

There are no reported negative side effects for the SSP, apart from some participants experiencing a minor sensory discomfort when putting on the headphones for the first time, but for most people this dissipated quickly.

Stephen Porges’ qualifications are extensive, the methodology in the reports was sound, and the conducting of thorough, years long clinical trials in a number of different areas is a good sign (pseudoscientific interventions for autism typically don’t conduct clinical trials or adhere to rigorous scientific methodologies, much less have them published in respectable journals).

Based on my research, the Safe and Sound Protocol does appear to have positive benefits and may be a worthwhile intervention to try.

The Listening Project at the ADD Centre and Biofeedback Institute of Toronto. (October 4th, 2019). Retrieved from the Clinical Trials website: https://clinicaltrials.gov/ct2/show/NCT02680730