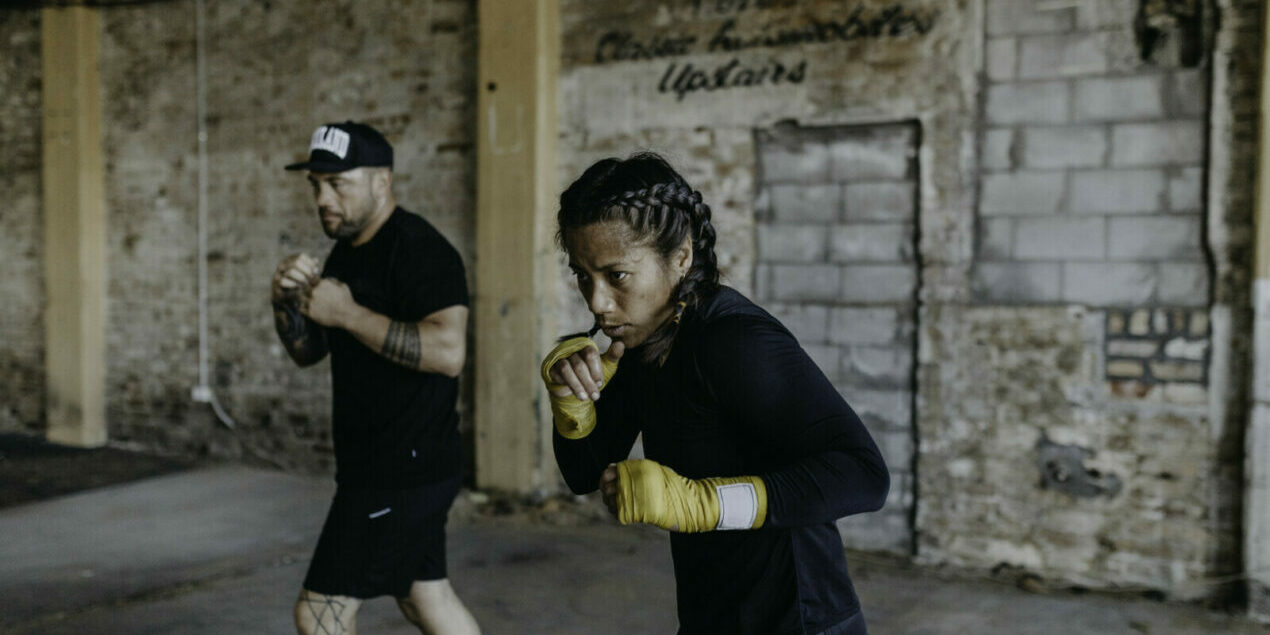 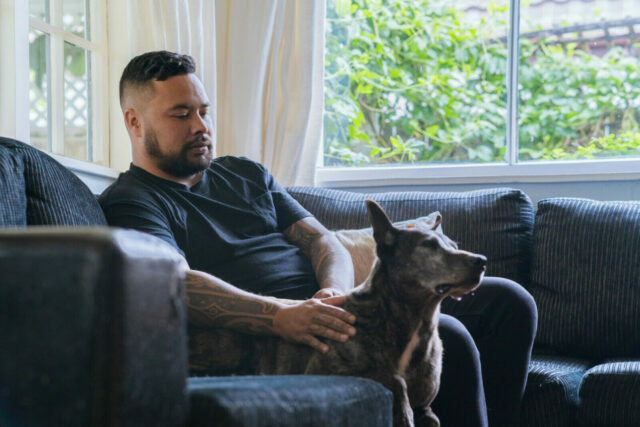 THERE ARE situations where children under 18 can make their own decisions or at the very least have their opinions considered.

While the official age of the majority is 18, there are areas such as contraception and contact with their parents after a separation to a number of different areas including vaccination.

However, the Privacy Act 2020 and its Health Information Privacy Code has confused this issue even more because it states that health information about a child 16 years old or sometimes even younger must not be released to other parties without the express consent of the child.

This can be difficult in situations where the child has a disability and their communication is limited or unclear.

The Privacy Act provides no solution to this situation, and I am often contacted by parents who are unable to access their child’s health information due to the understandable difficulty that health practitioners have in interpreting the law.

The new Act also has significant penalties for parties who breach the Act – providers are understandably cautious and afraid of incurring a fine.

Thankfully, the Health Act 1956 and the Health Information Privacy Code define a person’s ‘representative’ as the parent or guardian for a person under 16, and where the child is over 16, where the person is “unable to give his/her consent or authority, a person appearing to be lawfully acting on that individual’s behalf…”.

Parents and guardians do lawfully act on behalf of their children until the age of 18. Section 22C (3)(b) of the Health Act allows health information to be provided by such a ‘representative’ for the purposes of relevant section of the Privacy Act, as does Rule 11(1)(b)(ii) of the Code.

So, parents and guardians should be able to obtain their child’s health information if the child is under 18 and is unable to give consent or authority. It is unfortunate that it is so complicated for families who cannot get their child’s medical information, despite the child’s inability to understand or give any meaningful authority to another person.

Once a person turns 18, the parents are no longer the guardians, and so the adult has the legal authority to make their own decisions.

Our law provides that everyone, regardless of diagnosis, IQ score or anything else, has the capacity to understand and make their own decisions unless or until they have been deemed to lack that capacity.

The law that addresses this issue is called the Protection of Personal and Property Rights Act 1988. This Act provides for a variety of potential court orders to allow decisions to be made for and by (with support) adults who partially or wholly lack the capacity to understand these decisions. We will cover this later in the article.

The concept of supported decision making comes from the United Nations Convention on the Rights of Persons with Disabilities.

UN conventions are aspirational documents that countries sign on to. By signing and ratifying a convention, the country commits to incorporating the principles of the convention into domestic law.

New Zealand has signed and ratified this convention, and while aspects of the Protection of Personal and Property Rights Act do reflect some principles of the convention, it is widely recognised that a number of our laws around adult decision-making capacity need review. The law is currently being reviewed by the Law Commission, but little progress is evident.

Any changes are likely to still be years away.

Supported decision-making is not actually named in the United Nations Convention on the Rights of Persons with Disabilities, but it does specify that adults should be supported to make their own decisions, rather than having their decision-making authority replaced by a substitute decision maker.

The Act does stipulate that anyone appointed under the Act is obliged to encourage the disabled person (the Subject Person) to exercise and develop the capacity they have. It is widely agreed amongst practitioners and professionals that people acting on behalf of others under this Act are expected to support the Subject Person’s decision making and only make a decision on behalf of the person if they are wholly unable to make or communicate their own decision, or if the decision they want to make is so completely against their best interests that the person acting for them is obliged to intervene.

There are currently no mechanisms for checking how these roles are carried out, and there may be better ways to incorporate supported decision making into the legislation, to ensure the Subject Person is being properly supported and that there is accountability for those providing support. 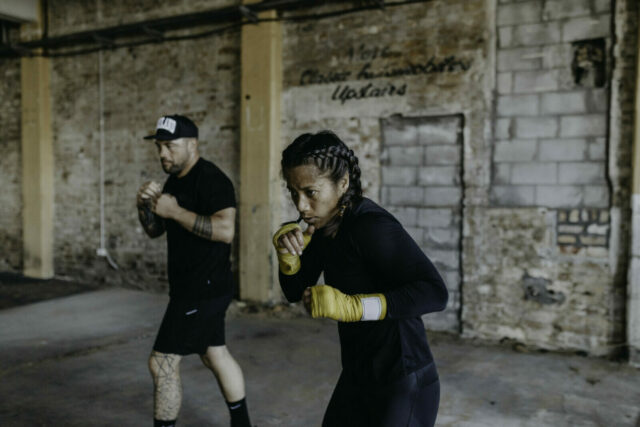 Where a person totally lacks capacity to understand the nature and consequences of their decisions about any aspect of their personal care and welfare, the Court can appoint a Welfare Guardian. Welfare guardians have the authority to support decisions about personal care and welfare – such as medical consent and where the Subject Person is going to live.

Property managers and administrators can be appointed to manage property. Property is not just land and buildings, it is everything a person owns, including bank accounts, investments, KiwiSaver, WINZ income etc.

These roles also normally have the authority to communicate with IRD, WINZ, KiwiSaver providers, banks and so on.

These applications cannot be filed before the person turns 18, so there will inevitably be a period where only informal support can be given. The first order will be for up to three years. After that, five years can be requested but that is the longest an order can last.

A lawyer is appointed for the Subject Person and they act while the application is underway. Once the order is made, the lawyer is no longer involved until there is an application for new orders. No one checks how the appointees are carrying out their roles until an application for renewal of orders is made.

An attorney, in New Zealand, is a person who acts on behalf of another person (the donor of the power).

A power of attorney is a document where the donor, who has capacity, appoints another person as their attorney. An Enduring Power of Attorney (EPA) has its name because it ‘endures’ past the point where the donor loses capacity. But to give that power away, the donor must understand what the document is about – the document only becomes active when an event occurs resulting in loss of capacity by the donor.

EPAs also come under the Protection of Personal and Property Rights Act.

The attorney roles are divided between personal care, welfare and property, just like the roles of Welfare Guardian and Property Manager.

In fact, being an attorney is like holding one or both of those roles. The two big differences are:

a. the Court appoints Welfare Guardians and Property Managers while the donor chooses their own attorney(s)

b. Court orders have expiry dates and are reviewed. EPAs are valid forever unless the donor revokes them.

Many autistics will be able to understand an EPA document enough to give the power away. If they do not have that capacity, then they cannot give Power of Attorney.

Enduring Powers of Attorney are prepared and witnessed by a lawyer or registered legal executive.

The lawyer or legal executive must satisfy themselves that the donor has the capacity to understand the document.

Attorneys have the same obligation as Welfare Guardians and Property Managers/Administrators to do supported decision making.

As EPAs are not renewed and no one checks that the attorney is carrying out their role properly, this means that there is sometimes serious abuse of donors.

Another risk is that a vulnerable person can be taken to a new lawyer and coerced into making EPAs in favour of a new ‘friend.’ One would hope the lawyer would refuse to act in such a situation, but a determined person is likely to lawyer-shop until they find a lawyer willing to prepare and witness documents.

People First have excellent ‘easy-read’ resources about a number of topics, including EPAs. I use these when discussing the making of EPAs with someone who needs it described in a simpler way.

The Health and Disability Commissioner Code of Consumer Rights contains a provision in Right 7 that allows family members and other interested parties to be involved in the care of a disabled person despite not holding a Court order or EPA giving them authority.

The provider of care must follow a particular process to use this provision, and big, ongoing decisions (such as placing someone in a nursing home) cannot be made using this provision.