All abuzz for Jaime

All abuzz for Jaime 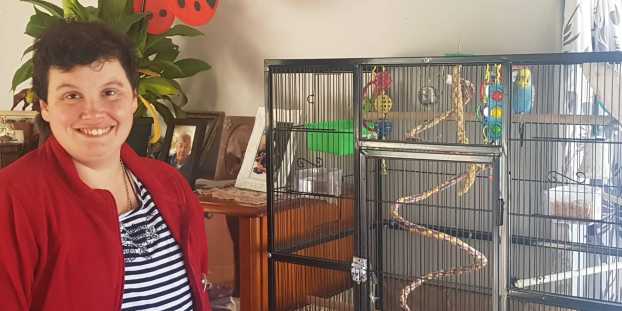 Julie Rowlands describes her daughter Jaime like a “bee in a bottle” when she was a child – all over the place, buzz, buzz, buzz.”

For the past four years Jaime has lived on her own in a self-contained flat next to her parents’ place in Hastings which seems odd given the level of care she needs.

Jaime has eight support workers funded by the package she receives from the Ministry of Health following a Needs Assessment and Service Coordination appraisal.

“She needed to be in a place on her own. It was the only way life was going to be liveable for her and us,” explains Julie.

It was a bold decision given Jaime’s history of unpredictability but the flat is fully fenced, the doors are locked “even the cat door,” says Julie.

“I know she’s safe. She’s very rule-based and she knows she’s not allowed to go out at night and she doesn’t.”

The journey to Jaime’s life today is one of pitfalls and hurdles, a mother who would not accept the usual for her daughter and a supportive family unit.

She was born in Melbourne in 1986 to Julie and her engineer husband Paul.

Her development in those first three years seemed to Julie, a registered nurse, to be behind other children. It was when their son Michael was born that the couple were able to see his developmental progress compared to Jaime’s and the comparison was stark.

By then they were living in Hastings.

The only person who would listen to Julie’s assertions was local Plunket nurse Joan.

“She was amazing and so supportive.”

At kindergarten and then at school, it was clear Jaime needed lots of support.

“We used to go for occupational therapy, but nobody seemed able to pin down what was wrong.” 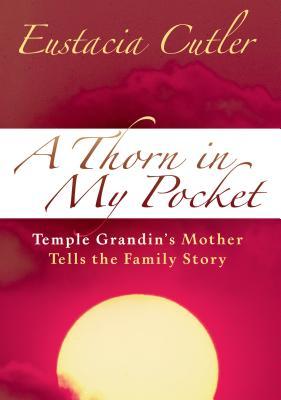 Then Julie read “A Thorn in My Pocket” by Eustacia Cutler, the mother of American Autism Advocate – Temple Grandin.

“I knew then that Jaime had autism.”

When she was six, the family were able to secure a referral to a paediatrician in Auckland who confirmed Jaime was autistic.

It resulted in her getting a full-time teacher aide throughout her schooling.

“People overestimate what she’s capable of because she is verbal. But she had no idea of danger and we desperately needed that level of care to keep her safe.

“Wherever Jaime has been throughout her schooling, she’s always been able to teach the teachers!” says Julie.

At 19, Jaime left school and Julie, who had been working part time as a practice nurse with a local GP, had to start thinking “what now?”

It was about the time individualised funding came in from the Ministry of Health. It is a mechanism that enables people with disabilities to directly manage their disability supports.

It gave the family 20 hours funded care which Julie used to employ one support worker.

“It was too much for one support worker, that’s the lesson I learned,” says Julie who had also started her own coaching business working from home.

Meanwhile Paul was working overseas a lot, first in Egypt and then in Laos. Julie and Jaime spent nine months living with him in Egypt. It was a hard life away from the supports so they returned to Hastings.

Julie and Jaime had the support of a neuropsychiatrist for a number of years first with her autism, and the diagnosis of bipolar type two that came later. This finally explained the mood swings she so often experienced. Medication has stabilised those as has the decision to move her into a self-contained flat.

“She has settled so well into ‘her house’. She learned to do things we would never have thought she could. She makes her own breakfast every day. She makes porridge in the microwave, sometimes it’s lumpy but she still eats it. She also makes her own toast but because she can’t judge quantities very well, we give her butter and jam sachets.”

The first of the eight support workers come into the flat at 9.30am.

“They are a very stable group of caring people, who help Jaime to be as independent as possible”

The days tend to be full. Jaime goes regularly to the gym, she has a voluntary job grooming two horses and makes visits in the community.

“If (her mood) isn’t working on a particular day, she can stay at home. Some days she’s 5-6 years old, other days she’s 13 years old and like any teenager.”

She likes to wear the same clothes and eat the same things.

At night she loves listening to music and plays DVDs of her favourite programmes – Barney and The Wiggles.

She’s learning how to txt.

“They needed that extra support to understand Jaime better,” says Julie, who still runs her coaching and now has a DoTERRA essential oils’ business.

But looming ever large in her consciousness is her upcoming 60th birthday.

“I know that without me, the supports for Jaime would be difficult. I’ve got to set it up so it’s more sustainable.

“I try not to focus on it too much because it does my head in. I have set things up as best I can.”

“It’s not perfect but it’s better than the other options available. I say to people who question me: ‘come and have a look at what’s possible’. Jaime has a very nice life and she’s happy most of the time,” says Julie.