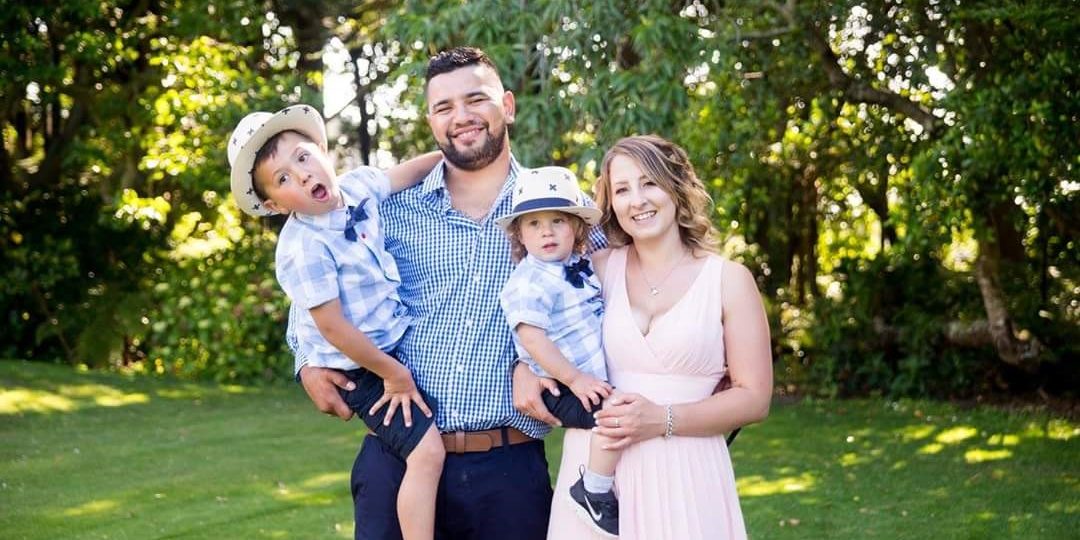 21 December 2017 – Just over two years ago Sarah Blythe and her partner were told by the early intervention team that her son Neko was on the autism spectrum. It has been a journey of discovery for them resulting in a fundraising ride for autism. This is her story.

GETTING A DIAGNOSIS of autism for Neko when he was four, gave us answers finally about why he behaved the way he did and we thought it would help others understand.

Sadly it hasn’t that been easy along our journey.

Before Neko started school I asked to see a paediatrician to get an ‘official’ diagnosis.

Neko, now 6, attended an amazing early childhood centre and kindergarten. Both were fantastic in the way they supported us as a family and helped Neko achieve the best he could in his learning environment in social situations where sometimes he struggled.

Our wee boy was happy and achieving so well.

We hoped, when he started school in 2016, the Ministry of Education would offer us more support, but it was not as smooth as in pre-school.

Simple things like even getting him there became a struggle.

My once happy boy started changing; he was unhappy and would often become angry easily once he got home.

He would have a meltdown as he felt this was his safe place and had learnt to hold it together all day.

He was in time out a lot in school and I did not feel I had the full support of his teachers and that they understood him.

He was just seen as being naughty for pushing or hitting as he didn’t have the social skills to be able to say how he was feeling.

Once we were told he did not have autism and that it was our parenting.

It was heart breaking to watch and very upsetting to be basically told that you are not doing your best job as a parent.

We ended up pulling him out of that school.

We then moved to a smaller town where we found the perfect school for our son and he settled in amazingly.

His new school follows the walker learner approach and he adjusted so well.

It is great to have an awesome bunch of teachers on board that communicate and listen and support our boy the best they can so he can achieve.

After our first experience, my heart breaks not only for Neko, but for all those other children on the autism spectrum who are so misunderstood.

There are a lot of people who still do not have any understanding about autism.

You do not see people standing outside the supermarket spreading awareness and fundraising like you do for other conditions.

So it got me thinking that I wanted to do something to help.

I thought why not spread the message or organise a ride for autism awareness?

I got talking to a lovely guy who had organised a similar one for a different charity.

He was a great help and pointed me in the right direction.

Then I thought about what I would do with the money raised from the event?

What better way to spend it than use it to help educate our child educators as it is not a part of their core teacher training.

I feel every teacher deserves the right training, and every autistic child needs a teacher to understand them to help them succeed at school.

I feel by organising this ride on Sunday March 4 and talking about autism, it will open the door to help others understand, to help educate and build acceptance for all those children and adults living with autism.

We need to remember not every disability is visible.

Neko is my motivation for this ride. Seeing the struggles he has had has pushed me to want to do something. I want others to understand and accept him and not only him but all the other people out there on the spectrum.

This has been a huge challenge for me but totally worth it. I’ve been lucky to have the support of my mother helping and so many amazing other people jump on board to help and be a sponsor.

I truly believe alone we can do little, together we can do so much.