Autistic Passions Should be Celebrated, Not Discouraged

Autistic Passions Should be Celebrated, Not Discouraged 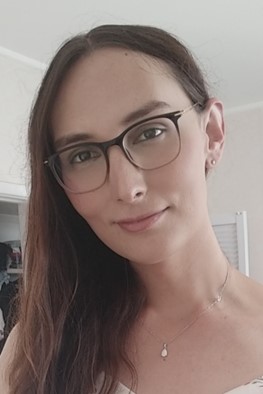 Winter-Messiers (2007) described the interests of autistic people (sometimes referred to as special interests) as “those passions that capture the mind, heart, time, and attention of autistic individuals, providing the lens through which they view the world.” It is estimated that between 75 to 95% of autistic people have one or more specific areas of interest. These passions can be anything, like plant life and gardening, to horses, to specific inanimate objects, like road signs.

In the past, the interests of autistic people were sometimes viewed in a negative light by parents and professionals, but with the growth in autism acceptance in recent years, this has started to change. The interests of autistic people are now being viewed as a strength due to the positive impacts they can have upon autistic individuals when they are allowed to engage with their area of interest.

Winter-Messiers et al., conducted a 2007 study on the interests of autistic people and interviewed 23 different autistic participants, aged 7 to 21. During this study they noted that the participants were all unique in their presentation of autistic traits and behaviours, but that when their specialty subject came up, they became happier, more enthusiastic, and more sociable and communicative. The authors also noted that participants showed enhanced emotional regulation, sensory processing, fine-motor skills, and executive functioning when interacting with or discussing their area of interest compared to conversations or activities not involving their interest area.

Despite this study being published some time ago, we felt it was worth summarising in this article as it offers quite a broad overview of the areas in which supporting interests are beneficial to the individual. The age of the study means that some of the language used is outdated. For example, many autistic people feel that describing their interests as ‘special’ is pathologising, when really all people have unique and passionate interests. We wanted to highlight the Winter-Messiers article because it emphasizes the importance of recognising autistic people’s interests as strengths; however, we also recognise that autistic people’s interests shouldn’t be view as ‘obsessive’ or ‘special’ simply because the person is autistic.

Many participants were described as wary and displayed varying degrees of social difficulties. When their interests came up in conversation, however, the vibe in the room changed. They began talking enthusiastically about their specialty subject, showing an increase in verbal language, body language, vocabulary and there was an overall improvement in communication skills. A vivid example of this comes from one participant, Charlie, who gave short reluctant responses initially like “Uh, I don’t, think so, I just, whatever.” Once his topic of interest came up, he very excitedly and fluently spoke: “My favourite is a Yu-Gi-Oh! Card that combines with three blue-eyed white dragons, and due to polymerization, it forms those three into a three-headed dragon!”

It is also not uncommon for autistic people to have trouble with the self-regulation of emotions but engaging with their area of interest seemed to mitigate this. One participant, Sarah, loved horses, and would use her love for them to help cope with difficulties she was experiencing in her life, saying “whenever I’m around horses, I don’t think about anything else…like if I was stressed about one thing, and I went to see a horse or get on a horse, that thing I was stressed about, I wouldn’t be stressed about anymore.”

A similar pattern emerged with sensory sensitivities. Sensory sensitivities are common for autistic people, however engaging with their interests appeared to be a protective factor. For example, Brock had a passion for planes and was able to visit an airshow despite the loud sounds and strong smells that otherwise might be too much for him. Similarly, difficulties with fine motor tasks and ‘clumsiness’ are common in autism, but when these participants were engaged in a task that involved their interest, like drawing, building things with toy bricks, playing instruments, or playing video games, they showed very good fine-motor skills.

The benefits of interest engagement extend beyond improving personal skills, and can also be beneficial to academic, home, community, and work life. For the next few examples, I am going to use dinosaurs as an example of a passion. If teachers can successfully incorporate a child’s interest into the school curriculum, this may create an opportunity for more engaged learning. For example, if the goal of an assignment is for children to learn how to research and author an essay, by allowing them to write it on a topic they are interested in, e.g., the tyrannosaurus rex, they are more likely to be able to focus, want to complete the task, and shine academically.

In the home, interests can be a gateway to facilitating better or more positive communication and relationships between autistic children and their siblings or parents. Thinking of shared activities that incorporate an interest can not only improve communication and play skills but can also act as a powerful incentive or reward for things that are important but not always necessarily appealing to autistic children. Take for instance something that most children don’t particularly enjoy, like brushing their teeth. Incorporating dinosaurs into this mundane activity, such as with a dinosaur themed toothbrush or a social story around keeping our teeth clean so they can be big and strong like t-rex teeth, may be the encouragement needed to complete task at hand.

In a similar vein, interests can also be used as a reward or to destress and relax after unpleasant or mandatory community outings, like doctor’s appointments or trips to the grocery store. This could include a promise to watch their favourite dinosaur program when they get home, or even a trip to a museum after the mandatory outing is finished to give them something to look forward to.

Interests can also be a gateway for many autistic people into certain vocational opportunities. A lot of children who are passionate about an interest also wish to pursue a career related to their interest. It could be a good idea to look for volunteer or part-time opportunities in your local area where your children can shadow a professional in their desired field, giving them an opportunity to engage with their interest in a naturalistic setting. Temple Grandin and Kate Duffy once wrote “society loses out if individuals with autism spectrum disorders are not involved in the world of work or make other kinds of contributions to society”.

Interests are not just fun activities or hobbies; they are often integral to who autistic people are. They bring joy, they bring calm, they bring meaning, and they help autistic people flourish socially, academically, personally, and in the workforce. To try and discourage autistic people from something they love is doing them a great injustice, and it is high time we stopped pathologising the interests of autistic people and start viewing them for what they are: a strength.