Something as simple as eating a banana could have spelled the end to Sam Muir-James’ dream of swimming Cook Strait, writes Mary Anne Gill.

Sam Muir-James is believed to be the first autistic person to complete the 26-kilometre swim between New Zealand’s North and South islands.

The 33-year-old finished in the dark at nine hours 14 minutes.

But because of the strong currents and three metre swells prevalent on 3 March 2019, Sam swum a little further, 30.1kms.

Pool coach Jane Logan, who has a Queen’s Service Medal for services to swimming, accompanied Sam and his father Wally down to Wellington while his mother Jayne stayed behind to monitor progress online from home in Otaua.

“He had a great mindset going into the swim. He wanted to do the first 10kms quickly and focus on the finish,” says Jayne.

He didn’t have it easy though because of the 3m swells and the strong currents and rips.

Four hours into the swim he took a bite from a banana and was dragged 500m back in the water!

Sam Muir-James greased and ready to swim from Ohau Point, with coach Jane Logan and and Phil Rush.

His support crew made the decision to limit Sam’s intake to fluids and soft jube lollies only from that point otherwise. Phil Rush, the pilot for his Cook Strait swim and a world-renowned long-distance swimmer himself, along with his team on the launch, make the crucial decisions about any swimmer. They would never have let Sam swim through the night.

As the sun was sinking behind the hills in the South Island, the choppy seas became like a washing machine and the struggle a tough one.

Jane Logan says Sam was still warm, still determined, his right arm going through the mechanics of stroking – but with no power at all.

“His left arm was still pulling, we had eye contact every stroke he breathed.  He had followed the boat all afternoon and now as dusk set in I needed to add my effort to help him,” she says.

When he had his next drink and gel the team added a small pale blue glow stick at water level and the two pink ones on the rope of the inflatable rescue boat which they assumed he was following. 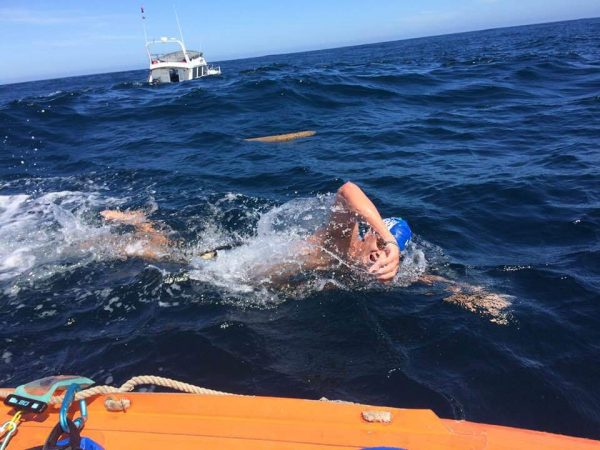 Sam Muir-James swimming beside the rescue boat with the launch in the distance half-buried in the huge swells.

Sam told Jane later he had followed her eyes. The last hour, when he only swum one kilometre, was hard work as Sam’s arms became powerless and his energy sapped after labouring all afternoon in the water.

There was no moon, it was dark with the only light a couple of glow sticks. Sam was tiring, his shoulders ached from fighting the currents. Then he spotted land and touched Penaro Point at 9.14pm.

“I had so many emotions during the time Sam was in the water. He really did do something very special,” she says.

“I was never anxious, during the swim or scared swimming in the dark,” says Sam.

” I felt like the king of the sea, swimming on top of the swells looking down on the launch and rescue boat bouncing around under me.”

The water temperature ranged between 13 and 15 degrees Celsius.

Sam had worn singlets and shorts in winter and took regular cold showers to climatise for the swim.

“Sam was strong. He had trained for a long time for this to happen, longer than most, and once Sam starts something, he will not give up unless he’s pulled out,” says Jayne.

Sam had his supporters who had watched him from all around the world on social media via live tracker.

How it all began

Sam and his 41-year-old brother Daniel both have autism.

Jayne and Wally James are professional clowns who have always believed in inclusion in all aspects of their lives. The family live in Otaua, one hour south of Auckland at the northern bank of the lower reaches of the Waikato River and part of the Waikato District. 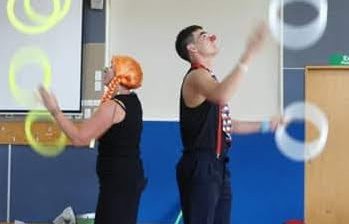 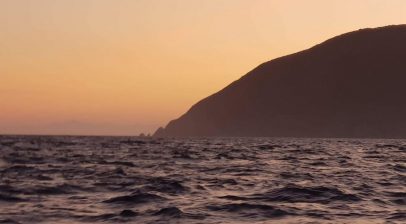 Nearly there at Penaro Point

Sam also does clowning. He started juggling when he was 12 and he sometimes performs with his mother at children’s and Christmas parties.

It was water that always interested Sam though and so they got him into water sports. He joined a canoe club and excelled in river racing, competing in the New Zealand junior kayak sprint champs as a 20-year-old and earning two silver medals.

He was a natural sportsman able to try his hand at anything through school and his boundless amount of energy made ultra-marathon swimming a natural fit.

Sam has swum for Counties Special Olympics since he was 22 and when he turned 25, he became eligible for the Manukau Masters Group.

His dream was to swim Cook Strait, so he trained hard, 10kms in the pool up and back three times a week. At weekends Wally would take him to the sea or to a river and would paddle in a kayak alongside Sam as he averaged 15-20kms each time.

During that time, he accumulated medals at swim series and open water events. 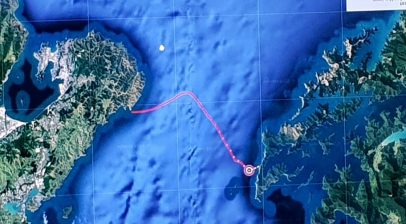 Tracking the swim on social media

Two years ago, Phil put Sam to the test in Lake Taupo.

He wanted to see if Sam was capable of swimming beside a rescue boat for a long time. 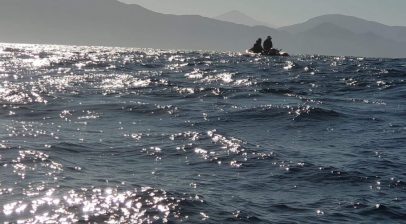 “We don’t even think about his autism when he’s swimming,” says Jayne.

“We just want to support him to be the best he can be and we’re so lucky he has so many dedicated and encouraging people who get behind him.”

The next challenge? Foveaux Strait possibly in February 2020 and Apolima Strait in Samoa in March 2020.

“Theres no stopping him now!!!