Some fidget spinners dangerous for users

Some fidget spinners dangerous for users 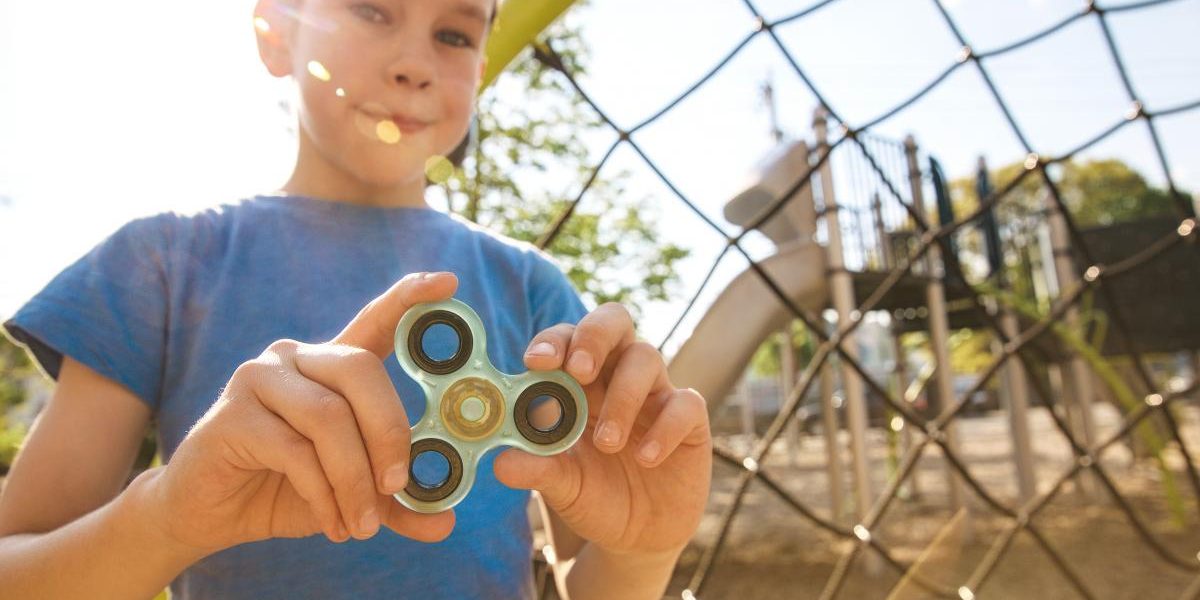 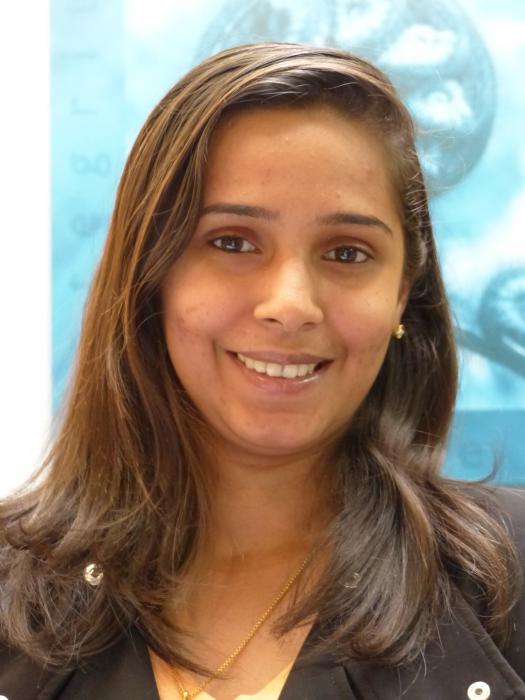 1 December 2017 – Fidget spinners are a global sensation with children and adults all over the world. Toy companies market them as beneficial for improving attention and concentration in children with autism, anxiety and Attention Deficit Hyperactivity Disorder. Researcher Liliya John says there is no scientific evidence to back up those claims and reports from around the globe clearly shows that fidget spinners are doing more harm than good and are potentially dangerous.

Fidget spinners are a category of fidget tools.

Fidget tools are objects that can be held in hands, are available in all shapes and sizes, and include stress balls, putty, fidget cubes, bubble wraps and bracelets.

Fidget spinners are usually made of metal or plastic with a ball-bearing device in the centre and are spun between the fingers.

Even though fidget spinners have been in the market since the 1990s, they have become very popular only recently.

Some of the types of fidget spinners available in the market today even contain LED lighting features. 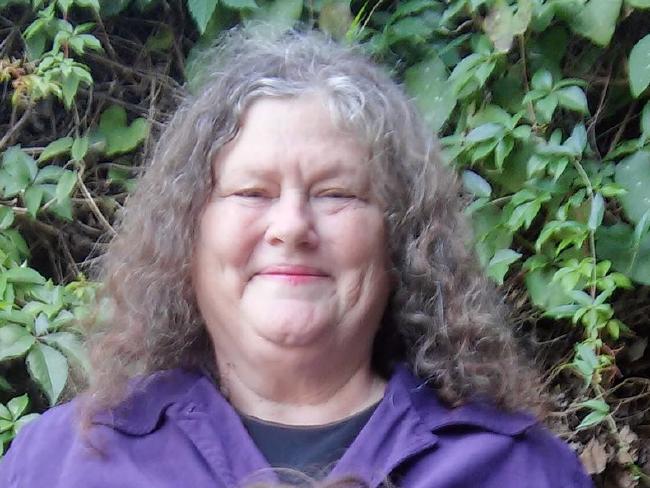 American Catherine Hettinger claims to have invented fidget spinners as a way to promote peace.

While on a visit to Israel, Hettinger saw young boys throwing stones at the police and she decided to design a toy that would distract the boys and would give a soothing sensation to release their piled up energy. She received the patent for fidget spinner in 1997 but she let the patent lapse in 2005 as she could not afford to pay for the patent renewal anymore (Miller, 2017). Following this, many manufacturing companies started making their own version of fidget spinners and, towards the end of 2016, fidget spinners became a global craze among children and adults alike.  Most of them differ from Hettinger’s original invention because they rely on a different mechanism (Brustein, 2017).

What is the principle behind fidget tools?

The key principle behind fidget tools is that to be effective, the person should move rather than the tool. When we move our hands or any other part of our body is moving, it helps us focus more on the task at hand (Duggan, 2017). For instance, we all engage in some sort of fidgeting behaviour in our daily lives either knowingly or unknowingly, such as clicking a ballpoint pen, biting finger nails or fidgeting with paper clips while talking over the phone.

Parents, teachers, behavioural therapists, and occupational therapists have used fidget tools over many years to help children and adults with behavioural, attention, sensory issues to address their restless behaviour, and to keep them attentive and focussed. When used by people with autism, anxiety and Attention Deficit Hyperactivity Disorder, fidget tools give autistics a pathway to channel their energy and can help to improve their executive functioning and working memory skills while they engage in challenging tasks (Womack, 2017).

What’s the problem with fidget spinners?

The problem with fidget spinners is that they are created differently from other fidget tools. The fidgeting tools recommended by therapists are primarily meant to be felt where the person holds them in their 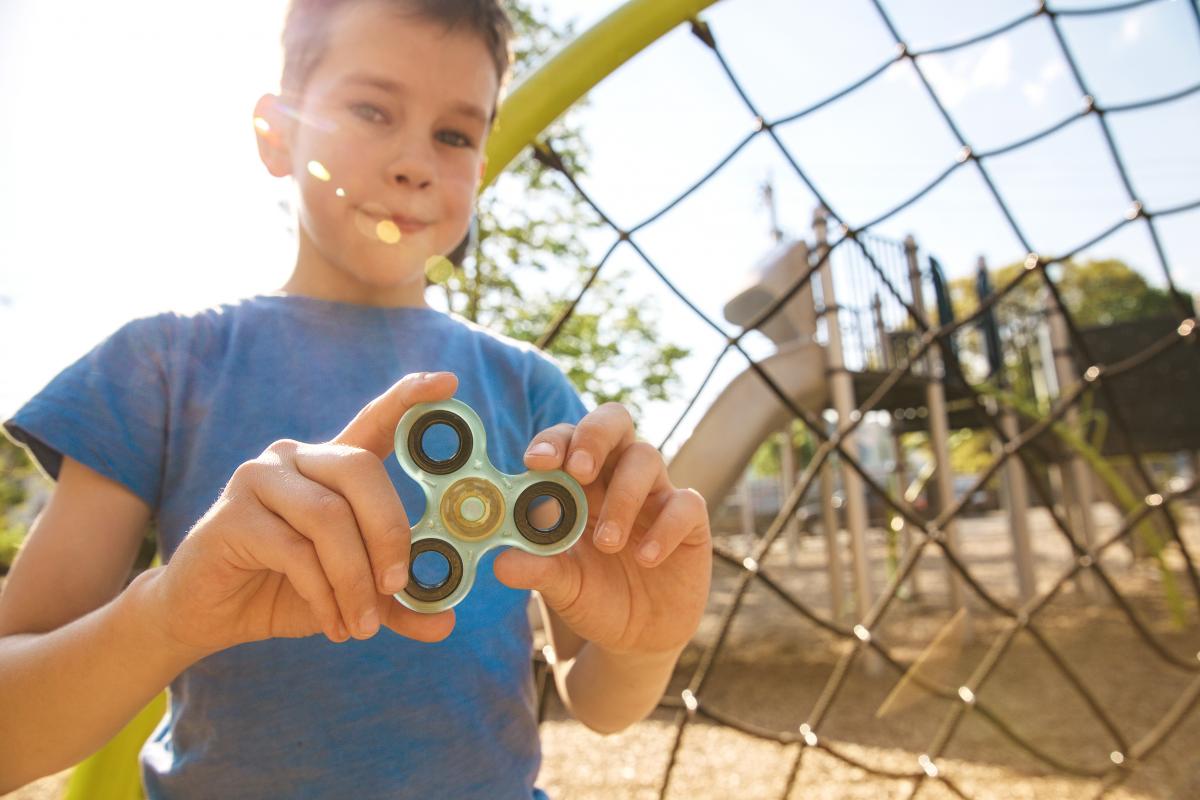 hand and can manipulate them without looking. On the other hand, fidget spinners require eye-hand coordination. To use a fidget spinner, a person has to hold the centre of the spinner with their thumb and finger and then use either the other hand or other fingers of the same hand to make the spinner rotate. Once it starts spinning, the tool becomes visually appealing and distracting to the user as well as to those around them. Keeping the rotating spinner balanced on a thumb requires continuous visual attention. So when students use a fidget spinner in the classroom, they devote their visual attention to the rotating spinner and they hardly pay any attention to the teacher. On the other hand, the other kinds of fidget tools such as putty, stress balls and other therapeutic fidget items don’t require eye-hand coordination and visual attention. These tools are more classroom-friendly and less distracting and they help students concentrate on their work (Isbister, 2017).

Should we allow spinners in schools?

Fidget spinners have been very popular with school children all over the world and it has created serious issues in classrooms where it impacts on the learning environment. Teachers and other educators have raised concerns about children using fidget spinners in classrooms as they are very distracting for the students. Many schools in the United States, United Kingdom and New Zealand have banned them from classrooms. Recently, a fidget spinner was banned in a Waikato school after it caused disruptions both inside and outside classrooms. In addition to disrupting the classroom momentum, fidget spinners also caused issues among students in terms of ownership (James, 2017).

The dangers of fidget spinners

Fidget spinners have been listed as one of the 10 most harmful toys by World Against Toys Causing Harm (WATCH) Inc, a non-profit consumer watchdog organisation committed to creating awareness about dangerous children’s products (“Parents beware”, 2017). Very recently, WATCH has also listed fidget spinners as one of the 10 worst toys for the 2017 holiday season 2017 (“WATCH reveals nominees for the “10 worst toys” for 2017 Holiday season”, 2017). They urged parents to be vigilant about shopping for fidget spinners because of the potential health hazards.

This warning comes in the light of various incidents reported from around the world on the dangerous health and safety dangers associated with fidget spinners. These dangers include choking, fire hazards and injury. In the United States, a 10 year old was reported to nearly choke to death and required surgery when one of the metal brushings got in her throat when she put it in her mouth to clean it (Mendis, 2017).  In another instance, the fidget spinner burst into flames while charging (Hembree, 2017). Also, some of the cheap quality fidget spinners available in the market can break off easily and may lead to physical injuries (Murray, 2017). 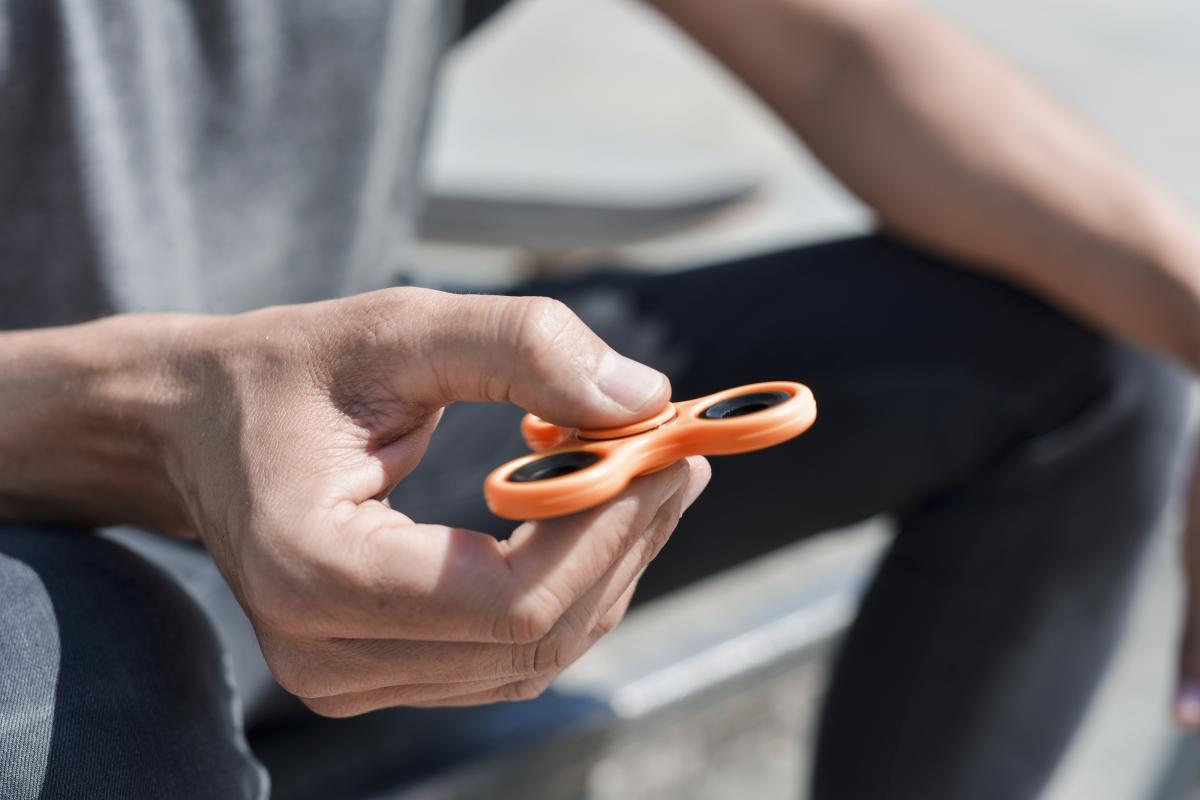 What does the research say about fidget spinners?

Julie Schweitzer is a professor and clinical psychologist at the Medical Investigation of Neurodevelopmental Disorders (MIND) Institute at the University of California, Davis. She is also the director of the Attention, Impulsivity and Regulation programme at the MIND Institute and has been studying ADHD for the past 25 years. Schweitzer was contacted by media on the recent fidget spinner issue and she too agreed that it is causing distraction rather than being helpful.  In the absence of research evidence, she is reluctant to endorse fidget spinners unless future research supports it as being helpful and does not cause distraction to others. “We need to study them to find if they make a difference and for whom, she says (Silver, 2017).” She also suggested that if fidget spinners were to be allowed in the classroom, there needs to be clear rules regarding its use.

In a very recent review of literature published in the journal Current Opinion in Paediatrics, researchers have explored the literature on sensory toys as well as the concerns and side effects associated with fidget spinners.  This review found manufacturers’ claims that fidget spinners are “perfect for autism, ADD, ADHD and anxiety” is scientifically unfounded. In addition to the health and safety warnings, this review emphasises the lack of supporting evidence on the usefulness of fidget spinners (Schecter, Shah, Fruitman & Milanaik, 2017).

Brustein, J. (2017, May 15). How the fidget spinner origin story spun out of control. Chicago Tribune.

Silver, E. (2017,  May 3). Kids love those fidget spinner toys. But are they too much of a distraction? Washington Post.

Shneider, R. (2017, May 3). Fidget spinner manufacturers are marketing their toys as a treatment for ADHD, autism and anxiety. Motherboard.