Nothing about us without us!

Home
>
Information Hub
>
Articles
>
Diagnosis
>
Nothing about us without us!

Home
>
Information Hub
>
Articles
>
Diagnosis
>
Nothing about us without us!

Nothing about us without us! 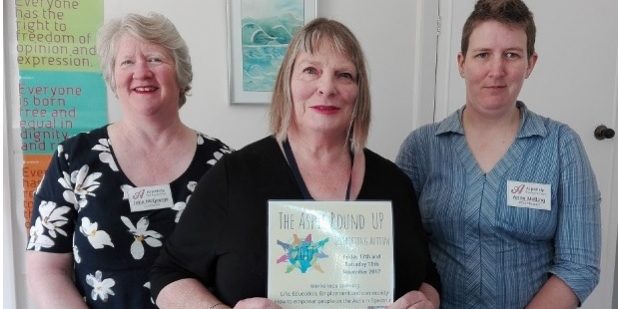 22 November 2018 – The idea for establishing an organisation for aspies by aspies was something Jan Brooking and Leith McMurray felt compelled to do after attending a major autism conference in the days after the first of Christchurch’s earthquakes.

Eight years on Aspiehelp is a well-established charitable trust operating out of Christchurch with the bold vision of wanting to create a world where the unique gifts and perceptions of people living with Asperger Syndrome are valued, celebrated, encouraged and employed for the enhancement and advancement of all communities.

Before 2010 neurotypical individuals and organisations provided the service and it left much to be desired from an aspie point of view.

For us three, from Christchurch ASK Trust (Autism Spectrum Kiwis), meeting so many auties and aspies from other parts of New Zealand and Australia was an eye-opener.

It stimulated our thinking processes about making links with others all around the world. It was clear to us that there needed to be a support service for “late diagnosed” aspies by people who had lived experience.

With the help of Kevin Blogg from the Blogg Family Trust, we formed ourselves into a charitable trust so that we could seek donations for funding.

Our first $1000 seemed like a pot of gold! Our annual financial accounts today reflect a throughput of over $37,000!

Being a very rare bird, we shot straight to the top of Google pages about Asperger Syndrome services and most of our first clients came to us from there. 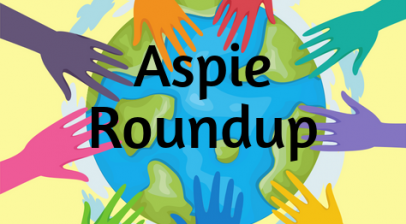 We couldn’t afford to pay for publicity of any kind. We started off with two days a week, experimenting with the structure of interviews and counselling, based on our own professional training.

Jan has a lifetime of teaching in Hohepa schools and I am a trained and registered social worker. We did not charge fees as we felt too humble to expect people to pay until we had refined our “product” and established a demand.

Once established at the church, we were able to hire part-time office staff thanks to the Ministry of Social Development and their offer to pay six months wages enhanced benefit to our helpers.

It was a confusing time as we refined our counselling technique, learned how best to direct and teach our helpers, and meantime keeping the money coming in just enough to keep us afloat.

We also ran a twice a month mid-week meet-up/social time for clients in the Upper Riccarton War Memorial Library which is now in recess as it became too taxing for us to run.

We started off interviewing / consulting as a team and found this worked really well. Jan mostly took notes and converted these into emails to send to the clients as feedback, added to other suggestions we had for them. Hence our early “files” are in our computer as “sent” emails rather than notes as such.

Initially we carried out what we later learned is called an “ecological assessment” an all-round picture of the client and family’s life and environment, and how their questions about autism / Asperger’s arose from this.

We found a comfortable way of working together and appreciated the mutual support. One of us might suddenly experience a brain fade and the other could take over. As the months and years passed, we acquired more and more information about the services available in the city and what could be appropriate for which clients. Similarly, what one said, the other might enlarge upon very helpfully.

We also generated a book list on our web-page and added to it over time. When possible, we added to our collection of appropriate books for our clients to borrow, to supply additional information about autism. We reject the notion that we are disordered and refuse to use that term.

Because we ourselves are aspies, we have not seen our clients as “different” from ourselves, and have always presented as friends rather than consultants. Mostly our interviews are discussions which can be extremely funny at times.

Occasionally, quite stern bluntness is appropriate (that goes both ways) but this is the aspie way and usually received with appreciation. We tend to do quite a lot of “telling” rather than “questioning”.

We are not therapists and we don’t beat about the bush, hence clients enter into a good rapport quite quickly. It is usual to meet people at the door, looking nervous and anxious, and farewell them with grins from ear to ear.

One person said recently that, when she came into our counselling room and began talking with us, she “felt her feet were on land” at last!

By the end of our first interview with a client we have formed a plan of how to move forward and a short list of helpful things to do or people to see (e.g. getting a diagnosis).

Subsequent sessions follow through with the steps on this plan and it is so satisfying to see people relaxing and progressing with our support. 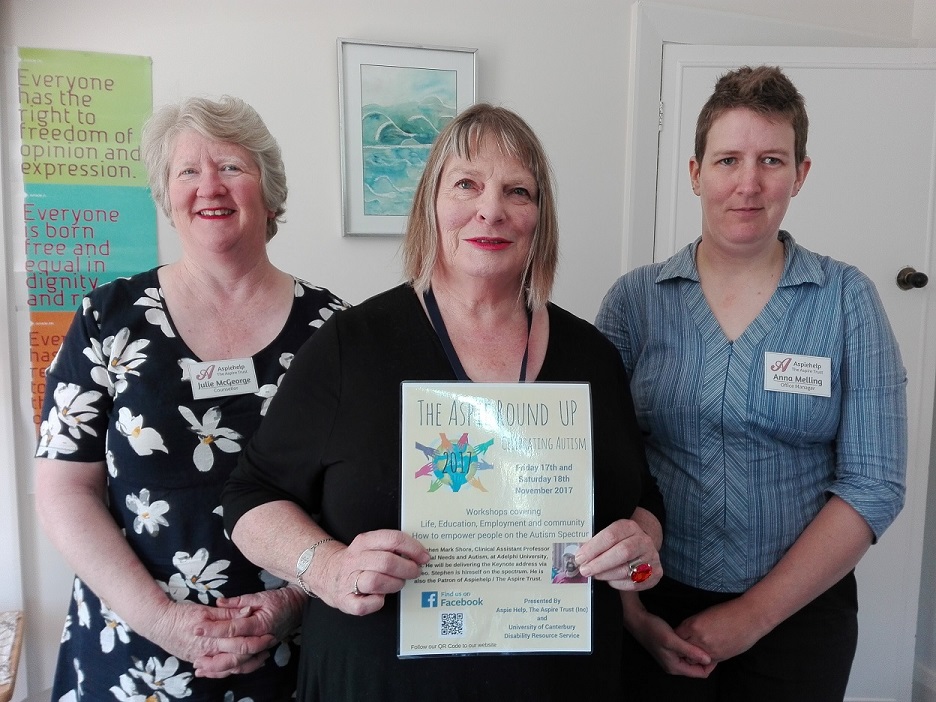 Education and toleration of difference are key!

Aspies transitioning to adulthood from school need to receive a lot of support and guidance regarding their future lives. They leave school and vanish into a black hole a.k.a. their bedroom with a computer and don’t come out for years!

Some even get room service for meals etc from puzzled and frustrated parents.

Insufficient coping skills often lead to inappropriate diets and self-care and a very dysfunctional family life. They may never leave home. The imperative to earn money and support themselves simply doesn’t make any sense to them.

If parents become completely intolerant, the (usually it is a male) client gets into “bad” company, taking drugs and or alcohol, petty crime, no fixed abode etc. health deteriorates, the police become involved sooner or later, incarceration in a psychiatric hospital or prison eventually ensues.

This is a direct result of the lack of support services for aspie young people.

Some go to university and cope to the point of qualifying and even moving into a professional career, only to be stymied.

A meltdown will ensue sooner or later, and without a diagnosis, treatment will be inappropriate and unhelpful. Engineering is one of the favourite jobs for aspies, but they will often need one-to-one mentoring until they have internalised the requirements and settled in.

Others, of course, manage in academic jobs or “top of the tree” positions where their aspie quirkiness is tolerated for the sake of their superior intellect and abilities.

The ones who have the intellect to get a good qualification may be stymied by the sheer effort required to finish and end up (if they are lucky) in jobs involving labour but not huge thought.

I have managed to turn around potential and imminent employment losses by appropriate intervention, but in some cases, the client then decided they didn’t want that job any more anyway!

There is something in our cognitive processing which gets in the way of functioning in life and the work place for many of us- a kind of broken or missing link in the “joined-up thinking” that is needed for successful functioning in the neurotypical world.

I do believe that we need to ensure far more success in the education system by tailoring education specifically for the needs of our autistic children so that individual talents can be directed into learning which will lead to stimulating and satisfying work and high self-esteem.

Many of the world’s most creative people in all works of life can be surmised to be on the spectrum. They may appear to have a very highly functioning work and social life but this is accomplished by great mental effort and private struggle. We still are very often treated as “disordered” and disabled by arrogant neurotypicals who cannot appreciate our unique brains and creative approaches to life. There are encouraging signs that perhaps this is beginning to change.

The most important imperatives are for neurotypicals to allow us to be included in plans for our support and education, and then to be prepared to change such plans to suit us.

Cease this expensive research into the causes of autism and spend the money on the practicalities of our everyday lives.

Autism does not need eradication, but visionary use of our particular abilities.

Most of the apparatus of our modern world has been invented and made by aspies after all!