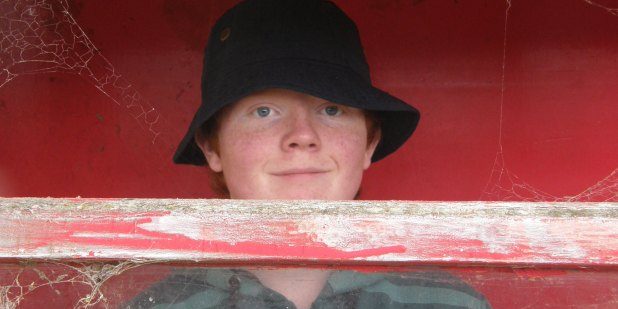 Michael Woods parents knew he was not your run-of-the-mill kid even before he started primary school. His mother Elizabeth Woods tracks his journey.

THIS IS MY SON Michael. Michael is in his second year of a History degree at the University of Canterbury and he is happily smashing it out of the park. He has a staggering intellect, a photographic memory that lets him memorise textbooks and everything he reads or sees, a fantastic and quirky sense of humour, he is a very talented actor, rock drummer, playwright and a passionate and incredible film maker. He has a great group of friends and a great social life. He is gentle, kind, empathetic, talented, charming and caring.

And Michael, 20, has Asperger’s Syndrome. 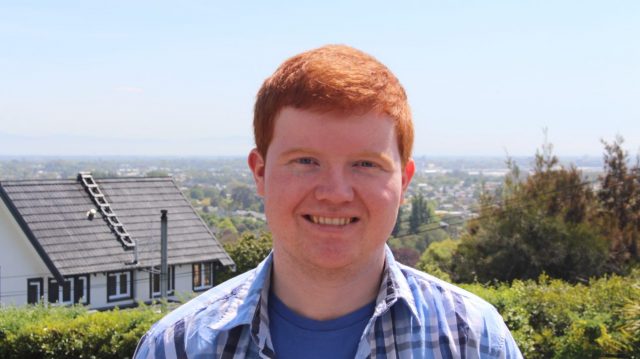 Following his submission of an abstract, Michael has just been accepted to present in person at the 13th Europe Autism Congress in Nice, France in September. This is an international conference that only happens every three years and it’s an honour for him to be selected. Michael is going to talk about his film making, his journey with coming to terms with his Asperger’s, his realisation that it gives him a creative way of looking at the world and his acceptance and embracing of what he now sees as a superpower.

This is a huge deal for Michael and an incredible opportunity. An international conference with experts from all over the world, and one special young Kiwi who will stand up in front of hundreds of people and open up about his life and his own journey.

Before Michael started school, we knew that he was not your run-of-the-mill kid. He didn’t talk until quite late but when he did he could mimic any accent. He was obsessed with trains and history and couldn’t handle loud noises or crowds. He hated pre-school and I was regularly called to collect him as he got so distraught with the chaos that can be a kindy playground.

Once he started primary school it became very clear that he was different and the boy he was at school was very different from the one he was at home. At home I had a sparky, interested, super bright kid and at school he was quiet, frustrated, upset and often angry. The teachers didn’t understand him or Asperger’s and despite my assertions that he was incredibly clever, they wrote him off as having a ‘developmental delay’ even going so far as to say to me ‘I’m afraid he will never amount to much intellectually’. They couldn’t have been more wrong.

When he went to intermediate and moved into a discovery self-directed learning environment his true nature suddenly became very apparent in a spectacular way. I was accustomed to receiving phone calls from school and my heart would sink when I saw the number come up on my phone. This time however the teacher sounded bemused – could I come in for a chat?  Michael had only been at the new school for a couple of weeks and was still an unknown quantity. At his previous school, during writing time he had been told he had to draw a picture and write a paragraph and so, as an Aspie and someone who wanted to follow the rules he did exactly that, drew a bland picture and wrote a paragraph. This time, when asked to do some writing, Michael asked the teacher how much they wanted him to write. The teacher told Michael that he could write as much as he wanted, about anything he wanted. “Really?” replied Michael who was genuinely surprised at the sudden freedom. “Can I write through lunchtime?” he asked and the teacher gave him permission to do just that. 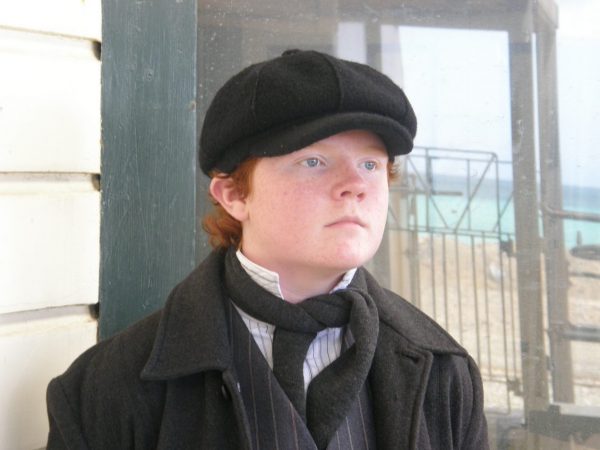 I visited after school had finished for the day and his teacher sat me down and showed me what Michael had written – a five-page history essay on the assassination of Arch Duke Franz Ferdinand that precipitated WW1, the social and political fallout of this action and a suggested alternative world history if the assassination had not occurred. It would have done a first-year university student proud and to say I was gobsmacked was an understatement.

Michael had two great years at that school and then started high school which was the beginning of an appalling two years in his life. The teachers didn’t understand him, belittled him, refused to accelerate his learning and forced him to study subjects that were years below his level. He was bullied unmercifully by other students for being clever, for being different, for being red headed and the school did nothing about it. He was threatened and monstered on a daily basis, followed after school, threatened with being shot by a classmate’s older brother and on one terrible occasion, set upon by a bunch of the older brothers of one the school’s worst bullies – within sight of the school gates. During those horrible two years the school did nothing, despite my almost daily emails, calls to the police and pleas to the Board of Trustees. 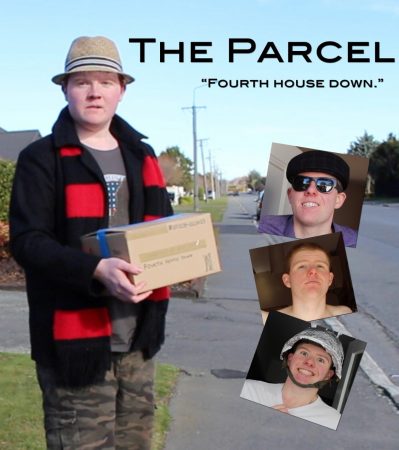 On one memorable afternoon when Michael tried to tell the vice principal that he had a photographic memory and had already memorised a book he was being made to read repeatedly the vice principal said to him: “Well that won’t be much use to you in later life will it?”

During this awful time our lovely stone house on the hill was badly damaged by the earthquakes, we shifted five times, and we had years of fighting the earthquake battle that so many Christchurch homeowners suffered through.

After realising that Michael was almost at breaking point, I pulled him out of that high school and made the best decision I have ever made for him in my life – I managed to enrol him at Ao Tawhiti Unlimited, a Christchurch special character state school with a fundamental tenet that the child is central in directing his or her own learning.

To say that it was the making of Michael is a huge understatement. Ao Tawhiti is heaven for a gifted person. It was an unbelievably fantastic environment for him and the school, rather than seeing his intellect as a hindrance, celebrated his amazing ability and gave him the freedom to go as far and as fast as he wanted, with stellar results. Within two years he passed NCEA levels 1, 2 and 3 with a raft of Excellence passes and attended Uni as part of the Star programme at 17, studying and passing stage one psychology. He started acting, writing plays, studying philosophy, sociology, history, film studies, reading voraciously, becoming an accomplished rock drummer and making some great friends.

Michael had shown a keen interest in film making and after seeing a 10-minute film he made using the school camera and realising that he was serious about film and had talent to go with that passion, we bought him a decent camera for Christmas and he told us he was making a film. Over the next few months he squirreled away at it, with he and his older brother doing the acting, a couple of his school friends holding microphones, doing some filming and the rest of his family being called in to do some special effects with fishing lines! Throughout the time he was making it we weren’t allowed to see any of it, as he wanted to present us with the finished product.

Then he announced that he had finished, the film was 30 minutes long and we sat down to watch the finished product. 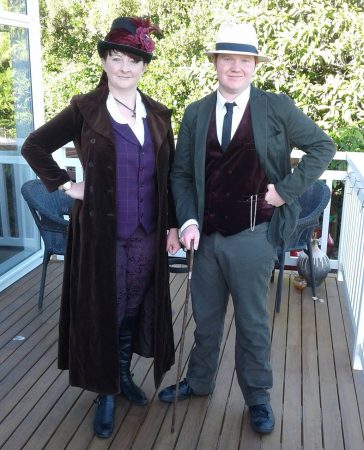 As the film started and the story unfolded, we were stunned. The cinematography, the narrative, wonderful awkward vulnerability of the character he was acting were all communicated is such a heartfelt way and as I finished I found myself crying at what he had achieved. There was one particular scene where he had created in film the character experiencing a panic attack, and it was so real you could feel the fear and disorientation.

The film was so very good – quirky, funny, moving, charming and we were left speechless. He had created a little masterpiece of semi-autobiographical magic, a whimsical interpretation of his own struggles with his anxieties and fears and his eventual overcoming of a burden he had been carrying. The film follows a young recluse attempting to deliver a mysterious parcel and in doing so facing his fears and discovering his own self.

When an academic acquaintance suggested that Michael submit an abstract to the 13th Europe Autism Congress we never dreamed he would be accepted, there were people from all the world submitting, so we were in a state of shock when he received the email inviting him to present. We are now frantically rushing about trying to fund and organise a trip to France!

At his graduation from Ao Tawhiti, Michael was one of two graduating students to make a speech and he spoke with eloquence and honesty, to resounding applause. His learning advisor spoke about Michael and said that in a long teaching career you come across only one or two students who stand out and who you know are going to shine brightly and make their mark. He said that for him this was our Michael. He is a humble guy, who doesn’t make a song and dance about himself, he just gets on and does whatever he wants, with a minimum of fuss, not believing for one second that his Asperger’s limits him in any way. I once asked him, if he could wave a magic wand and not have the Asperger’s would he do it? ‘No way’ he said – “it’s my Asperger’s and if I didn’t have it, I couldn’t see the world the way I do, and I wouldn’t be me.”

I want people to know about Michael and his story.  I want him to go to that congress knowing that there are people in New Zealand cheering him on, knowing that he isn’t limited by what so many people see as a disability, knowing that he can shine as bright as he can without any limitations.

I want to see him stand up on that international stage and proudly tell everyone “Hi, I’m Michael Woods from New Zealand and I have Asperger’s – isn’t that wonderful? Welcome to my world.”