Depression in adults with autism

Depression in adults with autism 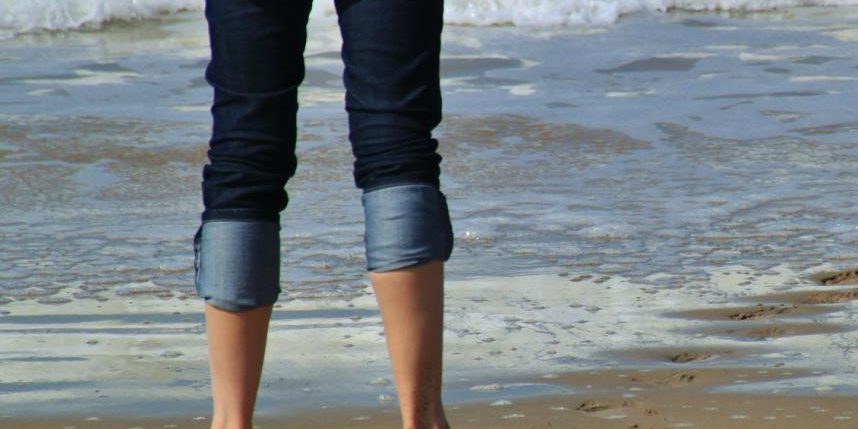 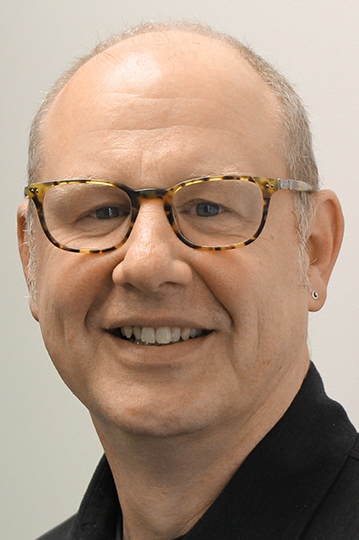 Depression is a common mental health problem, affecting around six per cent of New Zealanders every year, the Health Promotion Agency found in 2014.

A study by Tony Attwood (2003) in Australia showed a 65% lifetime prevalence of conditions such as anxiety and depression in a group of adolescents and adults with Asperger syndrome.

Our knowledge of autism in adulthood is very limited when compared with the enormous amount of available data on children (Bejerot et al., 2008).

Both Leo Kanner and Hans Asperger, the two pioneers of autism research, were concerned about what adulthood would hold for the children they diagnosed and they both followed up on small numbers of their patients into adulthood, but published very limited details about their findings.

More recently, it has been suggested that the proportion of those who do not have intellectual disabilities is higher still. For those adults who have autism and intellectual disabilities, their difficulties with verbal communication means that diagnosis of mental health problems can be a time-consuming and complex process, often relying on information provided by family members or support workers.

My interest in this area of research grew from my own experience of working with adults and children with autism, including my attempts to understand their thoughts and feelings and how these affected their daily lives. A number of the adults with Asperger syndrome I had been involved with as a clinician had talked to me about the difficulties they experienced coping with the demands of everyday life; about not being able to access help when they needed it and that when they did access psychiatric services, these services struggled to take account of their autism.

Depression in people with autism

Early research into children with autism indicated a possible increased risk of depression. Kanner, the physician who first identified autism (1943), described one of the children in his study as often likely to lapse into a “momentary fit of depression” and, in the UK, Professor Michael Rutter (1970) noted the occurrence of depression among the children he studied.

In the wider population, diagnosis of depression is usually made by a general practitioner, psychiatrist or psychologist, and is based on their observations during clinical interviews, plus the self-reports of the patient. However, depression in those with autism has been found to present in different ways, and is often seen in the form of behavioural changes such as withdrawal, increased aggression or an increase in repetitive or ritualistic behaviour (Ghaziuddin et al., 2002; Matson et al.,2014; Turygin et al., 2013). The diagnostic process can be more difficult for adults with autism, as they may have problems in communicating their thoughts and feelings to the clinician. A further complicating issue in diagnosing depression in children and adults with autism is that a number of the symptoms of depression seen in the general population are also known to be associated   features of autism. Examples include disturbance of appetite, sleep, participation in activities and psychomotor issues (Lainhart et al., 1994; Perry et al.,2001).

In the general population, depression frequently occurs in conjunction with an additional disorder, most commonly anxiety, but also with obsessive compulsive disorder (OCD) (Abramowitz, 2004; Fava et al., 2000; Hofmeijer-Sevink et al., 2012; Moller, 2002; Overbeek et al., 2002; Pollack, 2005; Sartorius et al., 1996) and other disorders. There is emerging evidence to indicate that this is also true for adults with autism. American psychiatrist Mohamed Ghaziuddin (2002) suggests that this is highly likely and that clinical opinion and case study descriptions provide evidence that as depression worsens, stereotypic or ritualistic behaviour increases to meet OCD diagnostic criteria (Stewart et al., 2006) or, in some cases, restlessness and hyperactivity increase to meet attention deficit hyperactive disorder (ADHD) diagnostic criteria.

So how many people with autism have depression?

Assessment of depression in adults with autism

Although clinicians should always seek information about mental health problems from the person with autism, this may not always be effective due to the communication difficulties which are a core feature of autism. Mazefsky et al. (2011) suggest there is some evidence that cognitively able adolescents and adults   are able to self-report their psychiatric symptoms to a degree, but that parent or carer response to a structured clinical assessment tool was more accurate and effective in identifying mental health problems. Research has shown that self-report is not a reliable method for those who have significant language difficulties or intellectual disability, meaning other methods are required (LoVullo et al.,2009; Matson et al., 2008).

The most common of these methods is the completion of a psychiatric screening tool using carer report and/or clinical observation. Some studies have used assessment tools designed for the wider population, while others have used tools originally developed for assessing people with intellectual disabilities.

There is a range of such scientifically validated instruments designed to assist clinicians in making diagnoses amongst adults with intellectual disabilities, which have included adults with dual diagnoses of ID plus ASD in their test populations. Some of these tools have been in use for many years and may use the outdated term of mental retardation instead of intellectual disability. However, despite the outdated language, they are still valid and useful tools. Commonly used tools include the Reiss Screen for Maladaptive Behaviour (RSMB) (Reiss, 1988), the Psychopathology Inventory for Mentally Retarded Adults (PIMRA) (Matson, 1988) and Psychiatric Assessment Schedule for Adults with Developmental Disabilities (PAS-ADD) (Moss et al., 1998), which may aid in screening and diagnosis of depression and other mental health problems in adults who have ASD and ID.

A promising development is the publication of the Autism Spectrum Disorder-Adults Assessment Battery (Matson et al., 2008). This is a three-part screening tool comprising of ASD-DA, an autism diagnostic screen, ASD-CA; which is an ASD-specific mental health screening tool, and ASD-BP, a measure of current behavioural problems. However, this suite of screening tools is designed specifically for adults who have both intellectual disability and ASD. The ASD-CA   comorbidity screening tool contains 37 items with five sub-scales for Anxiety/ Repetitive Behaviours, Conduct Problems, Irritability/Behavioural Excesses, Attention/Hyperactivity/Impulsivity, and Depressive Symptoms. As with screening tools for adults with ID, the ASD-  CA is completed using an interview with a key informant rather than the individual. Though this tool was developed for use with adults with intellectual disabilities I have used it with very able adults in my PhD research and found that it worked well, maintaining reliability and validity. 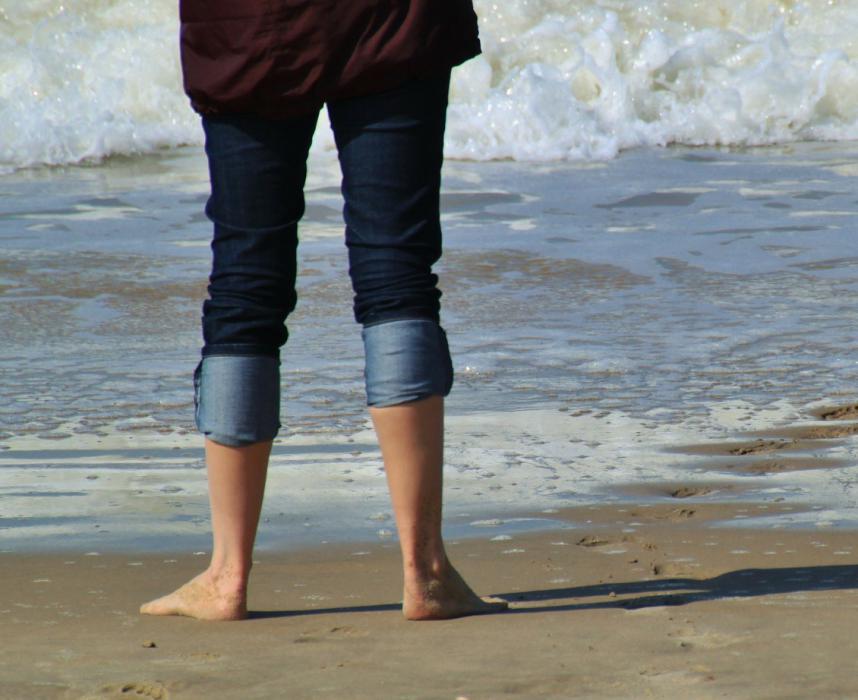 Hare (1997) has reported on the use of the Beck Depression Inventory (Beck et al., 1961) for an adult with Asperger syndrome. The inventory is a self-rated, 21-item assessment tool, with each item having a four-point severity scale. Hare found that the numerical scoring of the inventory worked well for the concrete thinking processes of the individual described in this case study. However, he also comments that though the self-report format presented no problems for this individual, this may not be the case for less intellectually able individuals.

There are a number of considerations to address with regard to the choice of assessment tool for adults with autism, including cognitive ability, language development and capacity to effectively self-report. Although measures such as the Hamilton Depression Rating Scale and the Beck Depression Inventory have been adapted, the difficulties with flexibility of thought which are inherent amongst individuals with autism may mean that many of the questions may be difficult for an individual with autism to answer. Some of the questions in instruments such as the Beck Depression Inventory or the Hamilton Depression Rating Scale may also be difficult for a carer or family member to rate.

An alternative approach to identifying depression in children    and adults with autism is the use of structured or semi-structured clinical interview tools. During the literature review process for this article, no studies were identified which used this approach with adults, although three published studies utilised clinical interviews with parents.

The combination of atypical presentation of depression in adults with autism, and the difficulties which people with autism face

in describing their thoughts and feelings, highlights a need for different assessment approaches to those used for their neuro- typical peers. Research indicates that an assessment approach using structured self-reporting (Kanai et al., 2011; Ozsivadjian et.al., 2014), combined with informant reporting of changes in behaviour (Gotham et al., 2015), is likely to be useful for those with good language comprehension and expression. For those with limited or no verbal communication skills, informant-rated scales combined with behavioural observations are indicated (Bradley et al., 2004; Brereton et al., 2006; Matson et.al., 2008).

Such behavioural indicators may include: withdrawal from usual activities, greater than usual eating or sleep disturbance, increased agitation or aggression and self-injurious behaviours or tearful episodes (Lainhart et al., 1994; Perry et al., 2001; Turygin et al., 2013). The use of psychiatric screening tools can also be beneficial for other reasons such as:

Brereton, A. V., Tonge, B. J., & Einfeld, S. L. (2006). Psychopathology in children and adolescents with autism compared to young people with intellectual disability. Journal of Autism and Developmental Disorders, 36(7), 863-870.

Ozsivadjian, A., Hibberd, C., & Hollocks, M. J. (2014). Brief report: the use of self-report measures in young people with autism spectrum disorder to access symptoms of anxiety, depression and negative thoughts. Journal of Autism and Developmental Disorders, 44(4), 969-974.