A shift in perspective: empathy and autism

A shift in perspective: empathy and autism 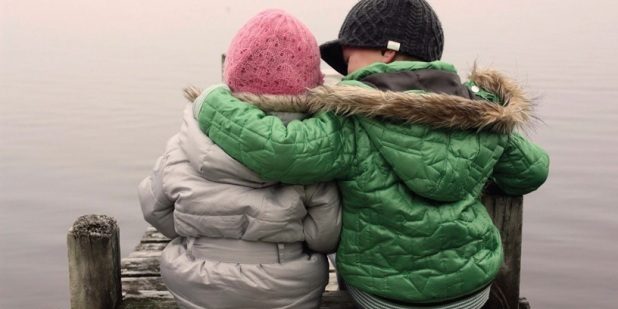 Past research has suggested people living with autism are lacking in empathy but is this still a commonly-held view? Researcher Rebecca Armstrong looks into past and present research

Empathy is simply defined as the ability to identify and understand another person’s situation and feelings; it is commonly spoken of as “walking in someone else’s shoes”.

It allows us to tune into how someone else is feeling, or what they may be thinking. It allows us to understand the intentions of others, predict their behavior and experience an emotion triggered by their emotions. In short, empathy allows us to interact effectively in the social world. 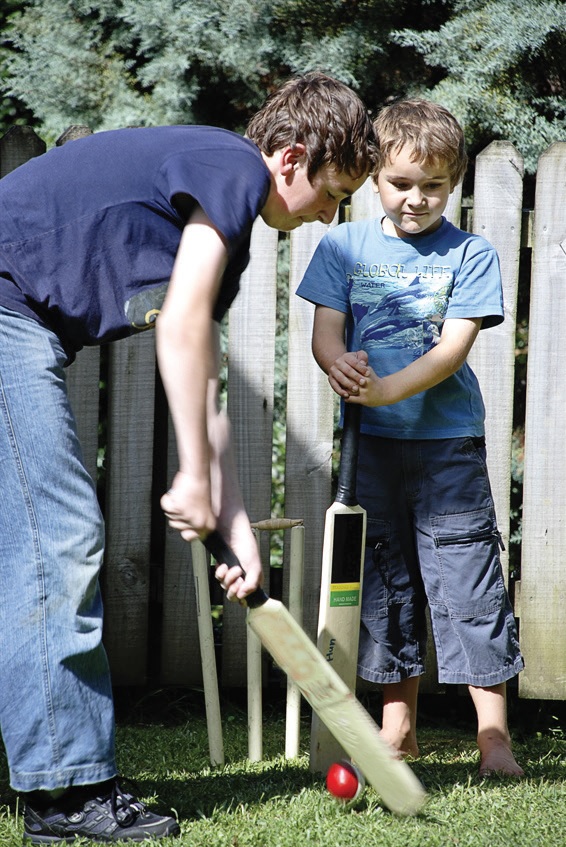 Empathy is a complex construct and can be broken down into two definitions; cognitive empathy which refers to mental perspective taking, and emotional empathy which refers to vicarious sharing of emotions. This article is going to provide an overview of the complex topic of empathy in relation to gender and autism, particularly highlighting problems with measuring empathy and the misconceptions that result from these measurements.

One of the main characteristics of autism is impairment in social functioning and communication. Some research, for example that of Baron-Cohen, has concluded that those living with autism are lacking in the ability to identify and understand the thoughts and feelings of others and therefore do not tend to respond to these with appropriate emotion. While it is true that autistic people often have a harder time reading social cues, this does not necessarily demonstrate lack of empathy. This research has resulted in the significant conclusion that people living with autism do not care, and consequently lack a fundamental aspect of being a compassionate human. However, lived experiences and recent research is challenging this perspective.

To understand the current understandings of empathy and autism, it is important to view it in context of its history. One particularly influential theory developed by Baron-Cohen and used to understand autism, is “theory of mind” or “mind blindness”. Theory of mind, like cognitive empathy, is conceptualised as the ability to attribute mental states to self and others. As a result of these attributions individuals with an intact theory of mind are able to understand the motivations and predict the actions of others. It has been proposed that impaired theory of mind is a central deficit in autism and that many symptoms characteristic of people on the autism spectrum can be explained by the inability to comprehend others (Krahn & Fenton, 2012).

This led to the theory of the extreme male brain (Baron-Cohen, 2002). This theory states that people with autism simply match an extreme of the male profile, with a particular intense drive to systemize, and an unusually low drive to empathise. The former is traditionally associated with capacities typically found in males, whereas the latter is traditionally associated with females. 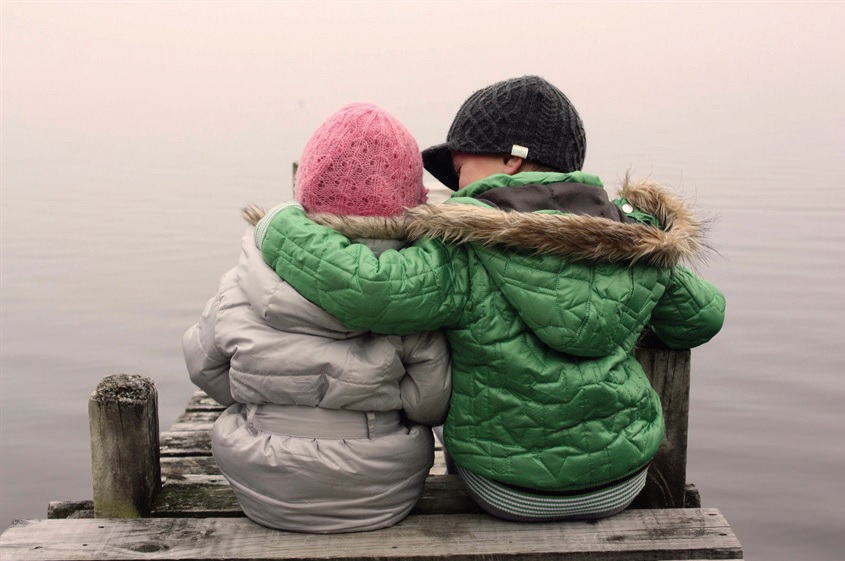 It is widely accepted that boys and girls show significant differences in their neuroanatomy cognition and behavior from an early age (Knickmeyer & Baron-Cohen, 2005). Females frequently score higher on standard test of empathy, social sensitivity and emotion recognition than males. Gender differences in the precursors of empathy are also seen from birth. There is evidence (cited  in an article by Auyeung et  al., 2009) of female babies looking at faces more often (Connellan et al., 2002), making more eye contact (Hittelman & Dickes, 1979) and exhibiting more comforting, sad expressions or making more sympathetic vocalisations when witnessing another’s distress (Hoffman, 1977). It is also reported that girls show better social relationships as early as four years old (Auyeng et al., 2009).  These similar patterns are observed in adults as well, with woman being more likely to report more intimate relationships, having a confidant and receiving social support and visits from family and friends (Baron-Cohen & Wheelwright, 2003). Measurements that directly assess aspects of empathy have highlighted that girls are better than boys at evaluating the feelings and intentions of characters in a story (Bosacki & Astington, 1999) and differentiating between the appearance and reality of emotion recognition (Banjaree, 1997 –  all cited in Auyeng, 2009). While studies investigating play difference between boys and girls identify a more mechanical and constructional form of play in boys, and more systemising skills utilised such as making and reading maps (Barenbaum & Hines, 1992, as cited in Auyeung et al., 2009).

Two common measurements in the empathy, autism and gender literature are the Systemising Quotient (SQ) and Empathising Quotient (EQ). These tools are self-report questionnaires with a likert format that were developed to examine trends in gender typical behavior in adults. They contain a list of statements about real life situations, experiences and interests where empathising or systemising skills are required.  Findings have found significant gender differences with women scoring higher than men on the EQ and men scoring significantly higher than women on the SQ (Auyeng et al., 2009).  Additionally, those identified as autistic score lower on the EQ than typically developing peers, and regardless of gender show a drive for systemising over empathising (Auyeng et al., 2009).  It is important to note that the phrasing of some of the questions in the EQ questionnaire reflect a neurotypical mind-set, and possibly skew the results for people on the spectrum – e.g. “I find it easy to put myself in somebody else’s shoes” – this question may be interpreted literally by an autistic person, and thus generate a response that has more to do with shoe size than empathy.

What the extreme male brain theory means for girls

It is evident that the extreme male brain theory is based on gender stereotypes and influenced by how boys and girls are socialised. These presentations of behavioural, cognitive or emotional gender differences can be highly misleading.

Baron-Cohen described brain profiles in regards to where people fall on a spectrum for empathising and systemitising; however, it makes little sense to gender them since males and females did not exclusively fit into the male type brains or female type brains respectively. It would have been more beneficial to have identified and stated correlations of behaviours and brain types and then label them more gender neutrally. As a consequence of extreme male brain theory, the very language that is used to describe autism is loaded with certain gender expectation and connotations.  The way in which autism has been discussed in the past three decades evokes cultural understandings of gender and doesn’t take into account the abundance of individual development factors.

This may also contribute to the high male to female ratio of autism and may assist in explaining why fewer girls are diagnosed. Young girls with autism who have mild to no intellectual impairment report less social and communication deficits than boys with autism (Smith, 2009). Girls with autism may be experiencing socialisation pressures that in a sense are similar to early intervention. People around girls living with autism may effectively provide a means for them to engage with others due to increased expectations of girls to behave in an empathetic or nurturing manner. Comparatively, boys with autism may be mis-served by the lack of expectations and social pressures for empathy from boys.

There is evidence that there is a difference between neurotypical people and those living with autism, and males and females in measures of theory of mind or cognitive empathy. However, big conclusions have been drawn based on these differences. Alternatively, other models have shifted the focus away from cognitive empathy and propose that children with autism have overwhelming emotional empathy and thus find it difficult to interact with others; these models are “empathy imbalance” and “intense world” (Smith, 2009). Smith emphasises that people with autism may have stronger emotional empathy than typically developed matched samples. The faces of children with autism and typically developing children were observed in a paradigm designed to elicit emotional empathy in the children. It was concluded that the children with autism displayed more empathetic facial affect than the other children (Capps et al, 1993). Magnee et al. (2007) reported that the faces of adults with autism showed heightened electromyography responsiveness (measurements of electrical activity) to the emotional expressions of others. Bird et al (2007) showed that adults with ASD show heightened automatic mimicry of the hand movements of others. In another piece of work conducted using neuroimaging, the participants were required to watch movies of facial expressions of emotions. Adults with autism activated their neural mirror systems (NMS) more strongly than participants with typical development (cited in Smith, 2009). This research suggests that the reason people with autism may find the social world challenging is more due to the fact that it may be overwhelming to those on the spectrum rather than the previous theory of the social world failing to engage them.

Emma Goodall, PhD, has extensive knowledge on autism and experience in the field. Goodall has a diagnosis of Asperger’s, worked for the Ministry of Education and as a resource teacher of learning and behavior (RTLB), and set up an autism and Asperger’s consultancy. In her book Understanding and Facilitating the Achievement of Autistic Potential she discloses her own personal experiences of empathy. She highlights that the expression of emotions in those with autism is atypical rather than non-existent and typically developing people may mis-read the emotions. There tends to be less expressive face movement and different body language but in fact the emotions are felt rather intensely (Smith, 2009). This intense experience coupled with atypical expression has resulted in others suggesting those with autism do not understand the feelings of others. In fact, another explanation may be that neurotypical developing people may not understand the feelings of those with autism.

There are many possible explanations for lack of measured empathy. Those on the spectrum have had to adjust behaviors to be more socially acceptable which means they may loose some expression in the process. Many people on the spectrum have processing issues and therefore may have delayed responses or may seem a little stand offish (Smith, 2009; Goodall, 2013). Or it may be because of a concept that Goodall called ”emotional priority”. She used the example of someone dying after a period of suffering. Autistic people may be more empathetic with the suffering and relieved it is over, rather than the death itself. They may not understand others’ emotional state because of the logic of them knowing the person was ill and going to die (Goodall, 2013).

Every person living with autism is unique; some may struggle with empathy while others may feel completely overwhelmed by other people’s feelings, and then there is everyone in between. It seems that autistic expression of empathy may be atypical. There is a need for further understanding and a shift from labelling this expression as a lack of empathy. Emma Goodall stated it nicely in her book when she says. “If Aspies stopped being labelled as un-empathetic then maybe our type of empathy can be accepted and valued by the majority and not just those who know us very personally” (p.126).