Are robots helping children with autism?

Are robots helping children with autism? 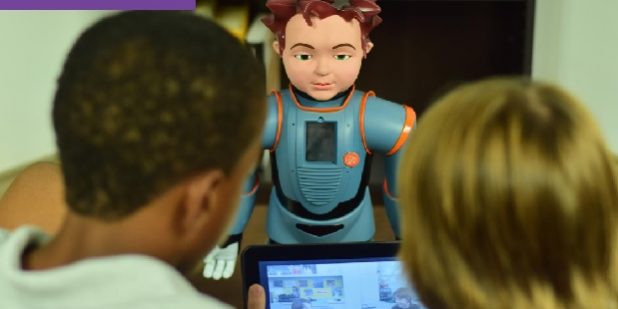 New Zealand children are familiar with Milo as a chocolate milk drink, but now there is a new Milo on the scene, writes researcher Rebecca Armstrong.

RoboKind, a Texas-based robotics company is introducing Milo the Robot to children with autism. They claim Milo can help children on the spectrum manage better with social interactions and communication. In this article, we meet Milo and see what the research says.

Milo is a humanoid robot, with a human-like face, spiky hair and a child-like, friendly voice. He has a video screen on his chest that shows symbols. He also has sensors, cameras and facial recognition software that record a student’s responses. RoboKind advertises Milo as a learning tool for children with autism for use by educators, therapists and parents. They claim that Milo can help children understand the meanings of emotions, to express empathy, to self motivate and to demonstrate appropriate social behaviour and responses. It is also suggested that using a robot in therapy may encourage engagement with the therapist.  Milo costs US$5,000 and comes with autism-specific curriculum. 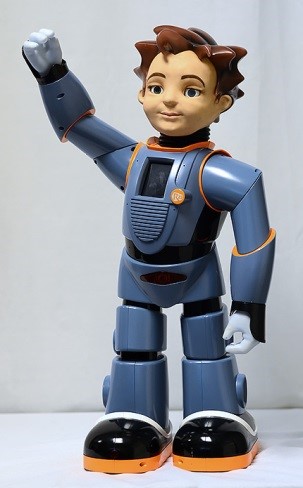 Robots4Autism is a research-based curriculum designed for children aged 5-14 on the autism spectrum. Both the instructor and student have a tablet which uses social stories and visual modelling, which have proven success for people with autism. Milo models a range of social situations and deconstructs them into plain language. The curriculum includes calm down techniques, making conversation, playdates and birthday parties. Milo also gives children practice in interpreting emotions and facial expressions, and in how to be a good friend for example playing together and sharing toys. Throughout the sessions Milo is actively monitoring the student, measuring the amount of eye contact from children, the speed of their responses, and whether to move forward or to repeat a module.

What Robots4Autism is saying about Milo

Milo helps autistic children opening up and engage more effectively than with human teachers.
Therapists working with Milo have a 70% better engagement from the child compared to the therapist working without Milo. Engagement was measured by increased in eye contact, body language and friendliness.
Milo helps children act more appropriately in social situations, to self-motivate and self regulate and can apply this into other social situations.
RoboKind found that Milo is best suited to work with children who have the following skills: picture symbol recognition, ability to answer yes/no questions, ability to understand cause and effect and the ability to use a tablet to communicate (Kroiss, Sonego & Rollins, 2014).

Why do researchers think Milo might be helpful for children with autism?

Children with autism exhibit strengths in understanding the physical world and relative weaknesses in understanding the social world (Klin, Lin, Gorrindo, Ramsay & Jones, 2009)
Children living with autism are generally more responsive to feedback, even social feedback, when administered by technology rather than a human  (Ozonoff, 1995)
Children on the spectrum are more inherently  interested in treatment when it involves electronic or robotic components (Robins, Dautenhahn & Debowski, 2006)
The use of robots uses techniques that have a history of success such as social stories, *chaining,  modelling, and using special interests (as cited in Diehl et al., 2012).

But does Milo help?

Apart from RoboKind and Robots4Autism, research is limited. Milo and other robots such as Zeno, his older ‘brother’, are still very new. There is some anecdotal evidence in the form of case studies. But we don’t yet know whether the skills learned with Milo are generalised by the child and used in other situations. Some research has looked at the effectiveness of different types of robots (i.e. humanoid vs non-humanoid). Peca et al. (2014) found a high preference in children with autism for robots that had a human-like design with exaggerated facial features, like Milo.

However, there is little emphasis on the best ways to integrate a robot into therapy sessions. Diehl et al. (2012) reviewed the literature on the clinical use of robots for individuals with autism.  They provide a comprehensive overview of peer reviewed studies that fit into four broad categories; responses to robots or robot like characteristics, eliciting behaviour, modelling, teaching or practicing skills and providing feedback and encouragement. In each category, the results were varied and inconclusive.

Of all the trends currently researched in child-robot interactions, joint attention is the area with the clearest results to date. Joint attention is where two or more people use gestures or gaze to share attention with respect to interesting object and events, and is often difficult for people on the spectrum. In 2013, Kim and colleagues conducted one of the largest demonstrations of social interaction between children with autism and robots when they examined the social behaviours of twenty-four 4-12 year old children with autism (Kim et al., 2013). In this study, the children experienced three different joint attention interactions with an adult partner. 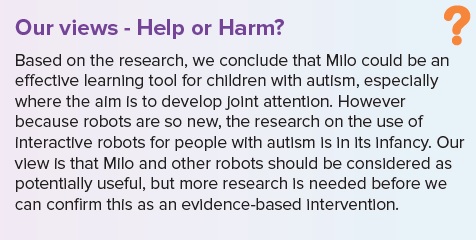 The interaction partner  was an adult human, a touchscreen computer game or a social dinosaur robot. The results showed that children spoke more in general and directed more speech to the adult partner when the interaction partner was a robot compared to a human or computer game. This study provides the largest demonstration of social-robot interaction in children with autism to date and shows promising results. Ricks and Colton (2010) also looked at joint attention when they looked at a range of trends in robot-assisted therapies. In addition to joint attention, they also investigated diagnosis, self-initiated interactions, turn-taking activities, imitation, and emotion recognition. They concluded that joint attention interactions have the greatest potential for success, which is good news for Milo, as this is the way he is currently used.

Based on the research, we conclude that Milo could be an effective learning tool for children with autism, especially where the aim is to develop joint attention. However because robots are so new, the research on the use of interactive robots for people with autism is in its infancy. Our view is that Milo and other robots should be considered as potentially useful, but more research is needed before we can confirm this as an evidence-based intervention. 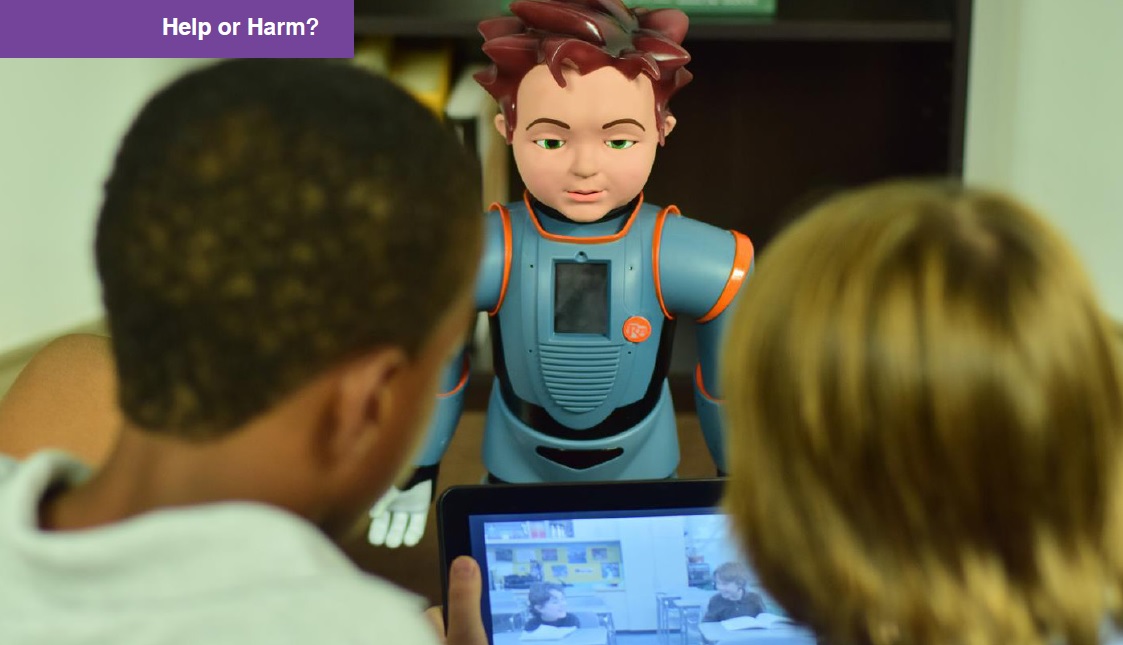 * Chaining is a method for teaching new skills which involves breaking down a task into smaller, achievable pieces. Each unit is mastered before progressing to the next. It essentially links lots of small steps together to form a more complex task.