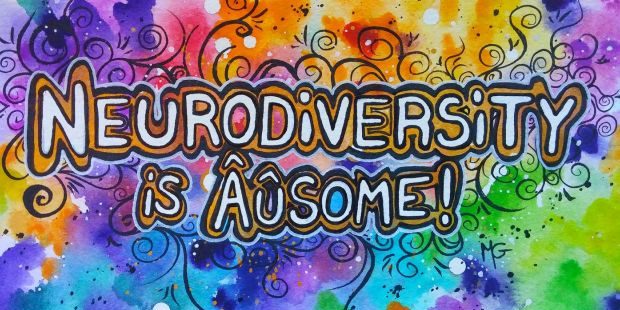 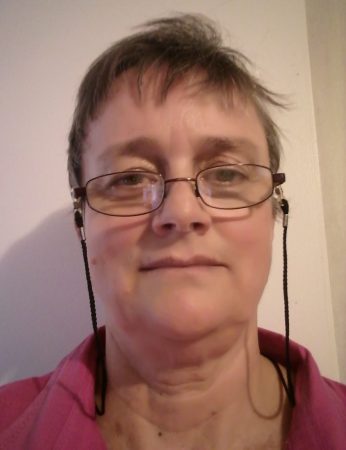 What is ‘Autism Acceptance’, as opposed to the usual ‘Autism Awareness’, asks Penni Winter?

AUTISM AWARENESS grew out of an earlier era, when few people knew what autism was, and so parents of autistics began public education campaigns.

But from the beginning autism was cast as a ‘problem’, with a focus on getting help with coping with autistic children – and the images were always of children – while words like disorder, illness, and disease were used to describe us. Cure talk was rampant. Videos and billboards implied we were a sort of modern plague.

This has led to today’s situation, where most people now know that autistics exist. But we’re still mostly portrayed in very negative terms, particularly in the mainstream media, books by parents of autistics and in a lot of parent groups online. We’re described as an epidemic, a tragedy, a burden, and the cause of family breakdown. The increase in diagnosis of autism is cast as an increase in the occurrence of it, and dire predictions made of a future groaning under our weight. 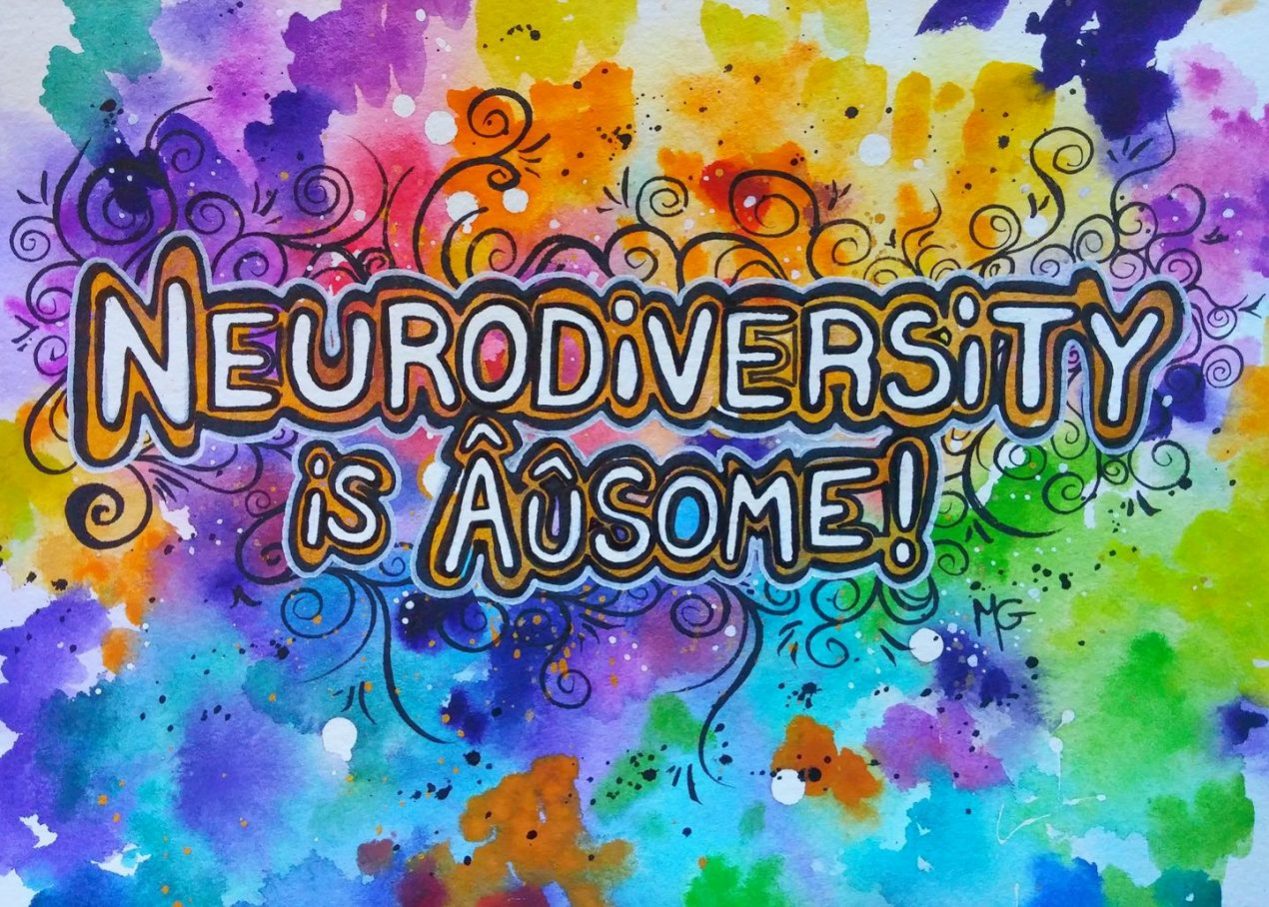 The public image of autism is almost entirely negative too. When most people think of autism, they imagine the non-verbal kid flapping and rocking in the corner, or the nerdy computer-genius-cum-hacker. Both stereotypes, of course, being male and young, and usually white too. We’re thought to be lacking in emotions, empathy, and the ability to love others. Not really even human – and hence a frequent target for rejection, bullying, abuse, assault and even sometimes murder – with our killing called an ‘act of mercy’, and our murderers getting the sympathy, not us.

Meanwhile, an entire ‘autism industry’ does its best to milk panicking parents of their last dollar in vain attempts to ‘cure’ us, through sometimes dangerous therapies designed to force ‘normal’ on us.

Professionals talk solemnly of our many deficits, and we’re often assumed to be lacking in intelligence, especially those of us who can’t use oral speech to communicate our needs. And despite decades of raising awareness, the system isn’t really that much better at understanding us or providing for our needs than it ever was.

That’s what ‘autism awareness’ has brought us to.

To digress a little – since the recent terrorist attack in Christchurch, an amazing thing has happened. The average Kiwi has begun to see their Muslim neighbours as human, as fellow Kiwis, not some alien, semi-sinister ‘other’. I’ve often longed for a similar transformation – without the tragedy! – of how autistics are viewed. Instead I’ve been waiting for someone to suggest the killer was autistic, because that’s happened all too many times before with mass shootings. The counterpart to Islamophobia is what I call neurophobia. It’s real, it’s out there, and it’s killing us as surely as bullets. Our suicide rates are far higher than the general population, as are our rates of unemployment and homelessness. 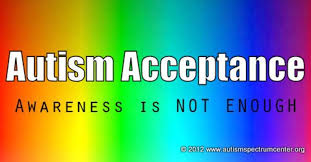 Many of us on the spectrum, naturally enough, along with our growing number of non-autistic allies, don’t much like ‘awareness’ campaigns. So, from small beginnings several years ago, we began a campaign and day/month of celebration instead – Autism Acceptance, which has now spread worldwide.

Autism Acceptance means simply that – acceptance, even embracing, of autistics and autism, making us welcome in the world. It’s about recognising that we are members of the human community, and just as deserving of basic human rights, even while acknowledging that our humanness is expressed differently.

It involves centering autistic voices, understanding that we are the real experts on autism, rather than marginalising and ignoring us, as awareness campaigns usually do. It includes understanding that our autism is not separate from us, but intrinsic to our very nature, hence our preference for ‘identity-first’ rather than ‘person-first’ language – ‘autistic’, not ‘with autism’. It also involves the support of our non-autistic allies, such as those at Altogether Autism, who are open to understanding what it’s really like to be autistic, and to see us as real people, not stereotypes.

Because when you look beyond those stereotypes, you’ll find we’re of all races, religions, nationalities, social classes, genders, sexualities, ages and talents. Of those of us who do work, we’re certainly not all computer geeks. We’re also academics, actors, teachers, office workers, truck drivers, photographers, vets, firefighters, chefs, posties, musicians and much more. Many of us are also parents, and/or have partners. But we all have areas of life we struggle with, even those who manage to present as ‘normal’. This is actually called ‘masking’ – we’ve learned how society views us, so we try to conceal our autism, even at great personal cost.

I want to emphasise here, that when I talk about acceptance, I am most definitely including those deemed ‘low-functioning’. Most autistics actually loathe functioning labels. They are misleading and even dangerous. Misleading, because we’re all a mix of capabilities, it’s more helpful to talk of individual needs rather than trying to pigeonhole us. Some of us have higher needs than others, but all autistics have more in common with each other than they do non-autistics, no matter our outward appearance.

And dangerous, because these labels can be, and often are, used against us. There’s a saying amongst autistics – “if you’re deemed high-functioning, your struggles are ignored. If you’re deemed low-functioning, your strengths are ignored.” This is a frustrating reality for many. The labels are also used to try and divide us – so often, if we challenge a parent of an autistic child online on how they talk about or treat their child, they respond with some variation of ‘you’re-not-like-my-kid’, or ‘you’re-too-high-functioning-to-understand’. As if there are two types of autistic, and it’s okay to treat one sort badly, while the other sort should just shut up and let it happen. Even when we point out that we were once ‘like your kid’, and that you can’t tell online what a person’s capabilities are anyway.

AUTISM ACCEPTANCE IS THE GOAL

Autism acceptance, therefore, is about acknowledging autistics as part of the community, changing the public image of autism and autistics, and shifting the dialogue about autism from a negative stance to a positive one, centering autistics in that dialogue. We both want and need acceptance, not mere ‘awareness’, because the quality of our lives, and sometimes even whether or not we’ll have one, is at stake. And though much has been achieved, there is still a long way to go.

We’re here. We’ve always been here. We’re human. Accept us. Embrace us. Include us. You might be surprised at what happens.