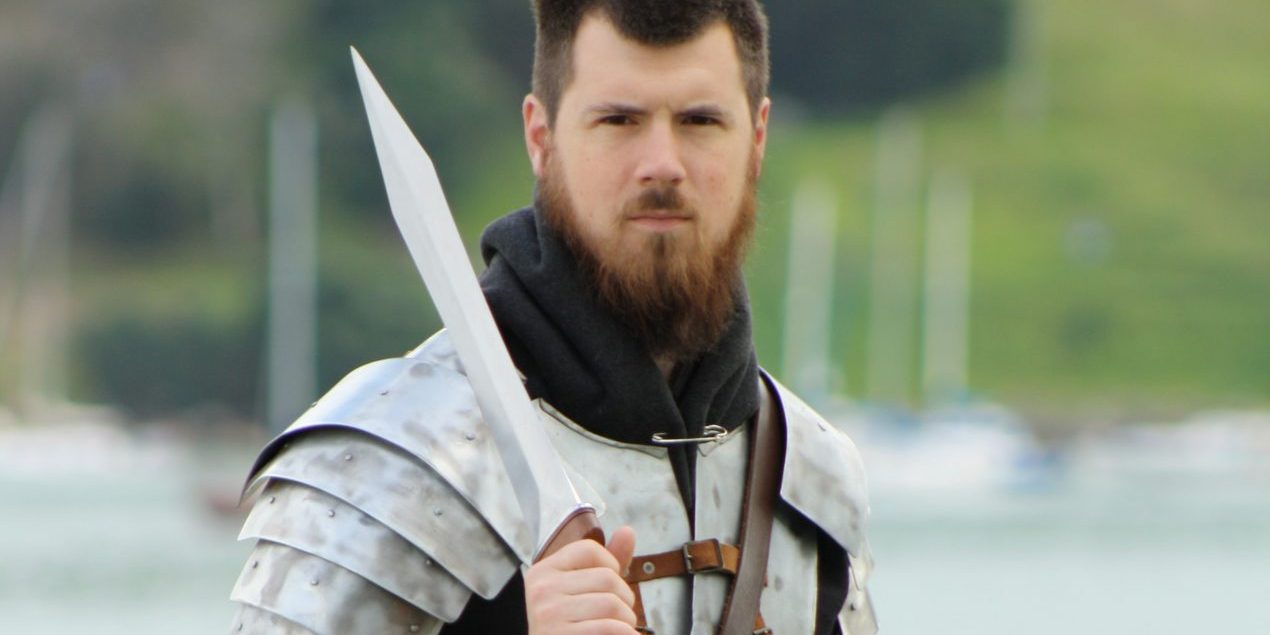 Awesome Fund for One: Unique Minds

TEDx speaker and mentor Jason Edgecombe has started a business aimed at encouraging people with autism to gain conﬁdence and ‘be who they are’. Jason, who has been diagnosed with high functioning autism, talks to Altogether Autism’s national manager Catherine Trezona about diagnosis, mentoring and Dungeons and Dragons.

I am only one,

But still I am one.

I cannot do everything,

But still I can do something;

And because I cannot do everything,

I will not let what I cannot do stand in the way of what I can do.

Variation of a quote by Edward Everett Hale 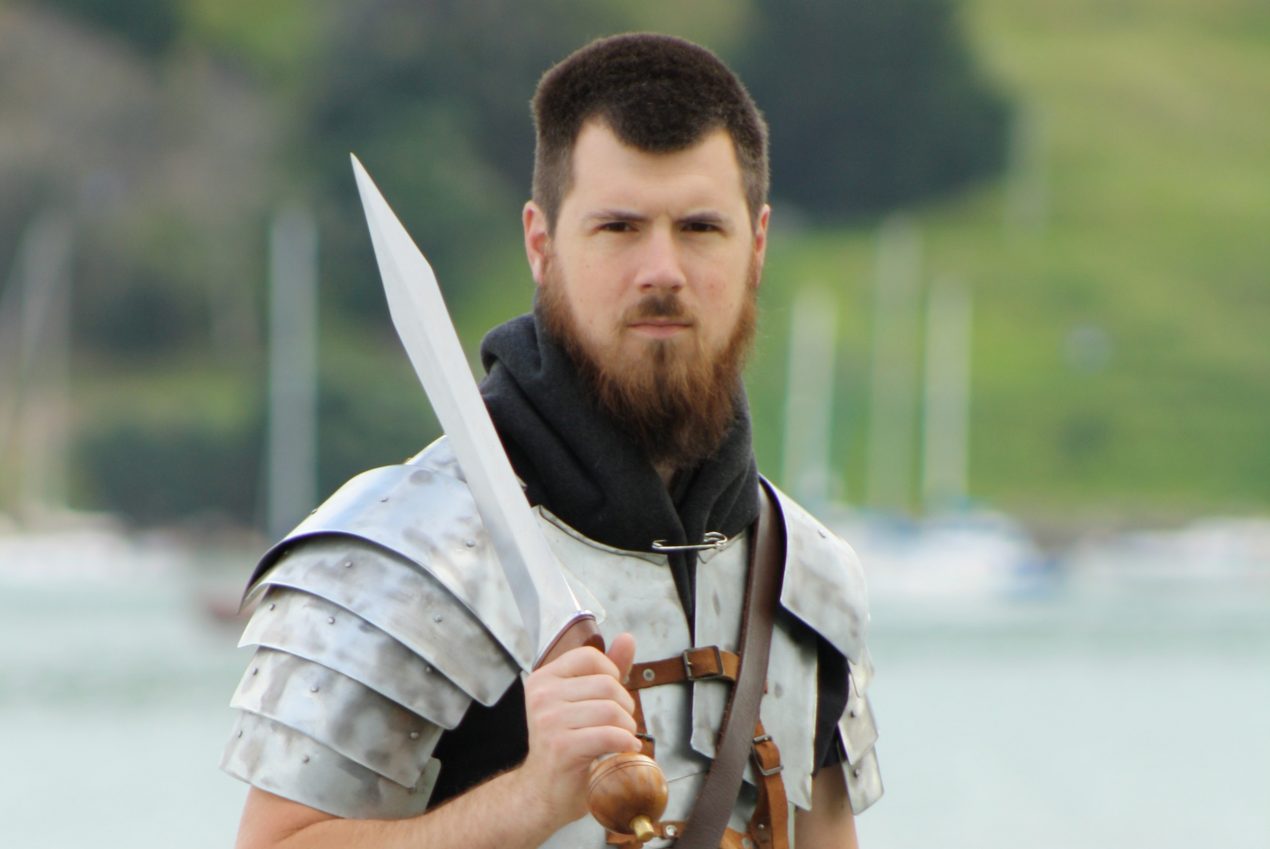 This was the opening quote in Jason Edgecombe’s TEDx Tauranga talk in November last year. In this talk, Jason described how he attended his uncle’s wedding in his native Canada as a six yearold. At the wedding he spent over three hours discussing marine biology with his uncle, while the adults at the table listened in silent amazement. The events of the following year stand in stark contrast to this eloquence, when Jason’s father forced a referral for a paediatric early education assessment. The diagnosis was Attention Deficit Disorder (ADD), described to both Jason’s parents and, more alarmingly, to seven-year-old Jason, as a mental disability. The specialist predicted that this diagnosis meant that Jason would have massive problems forever — most likely struggle with friendships and school, and would be unlikely to ever hold down full-time, meaningful employment. As Jason recalls, “Forever after I was the ADD kid.”

In 2013, Jason self-referred for a new assessment and found that the ADD diagnosis was incorrect. He was diagnosed with High Functioning Autism. In his words, this new diagnosis was like ‘putting on glasses for the first time — suddenly things started to make sense’. Jason, now 26, is a committed and loving husband and father. He is also most definitely meaningfully employed, as he works part-time as a transition coordinator, in addition to running his own business. It seems the Canadian school specialist’s predictions were incorrect.

Jason is the founder of Breaking the Label, a new business aimed at mentoring other people with autism to ‘be who they are’.

Jason said: “This motivation stems in part from my own experiences at school when a mentor who understood me would have made all the difference. When I struggled at school they told me I was plenty smart but I wasn’t trying hard enough. That was incredibly soul-destroying. Nothing ever felt right and nothing ever made sense. But I pushed through it. I was the weird kid and I pushed through depression and severe anxiety and self-loathing.”

His road to employment has not been easy. He has tried to set up two other businesses in the past and both failed. Jason has also experienced the worst breakdown in his life due to workplace stress as an employee in the hospitality industry.

But he refused to give up.

”It was like I had a switch in my brain that once turned on, gave me incredible determination. For example, my wife and I fight occasionally, usually over what colour we want the drapes or whether we’re going to go to McDonald’s for lunch. But in our entire marriage I have never sworn at her or called her anything negative. Because one day I decided I was never going to do that, and I flipped the switch and I never have, no matter how angry I’ve got or what state of mind I’ve been in, even in the middle of melt-downs.”

He also learned resilience and courage playing video games. Through these games, he learned that failure can be followed by success. He acknowledges that video games cannot save your life, but they can inspire change. He shares this belief with a growing number of youth at the Dungeons and Dragons group he runs in association with Asperger’s Connections in Tauranga. Dungeons and Dragons is a fantasy table-top role-playing game. Each player often has an area of speciality and their individual choices contribute to the success of the game as a whole.

As Dungeon Master, Jason provides a safe, yet challenging environment for young people to take risks, experience failure and success, and to make friends.

When asked what mattered most to him about autism, Jason answered that it is “the amazing things that it lets me do”. And the worst thing about autism? “That every single person on the spectrum is amazing and 99% of them don’t know that.” This is something Jason plans to do something about. His goal is to create a nationwide network to coach others to become mentors. In this way, he hopes to help others silence that voice of failure so that the voice of success can be heard.

Jason can be contacted on email 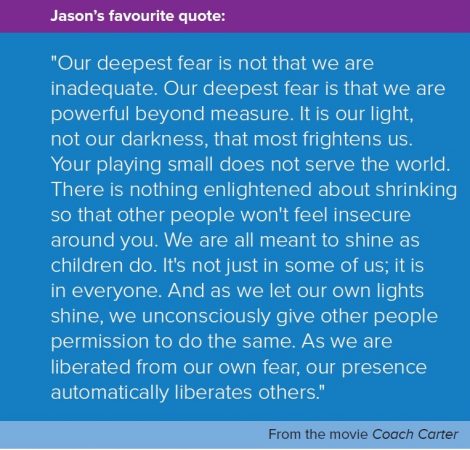