Cognitive Behavioural Therapy modifications for those on the autism spectrum

Cognitive Behavioural Therapy modifications for those on the autism spectrum 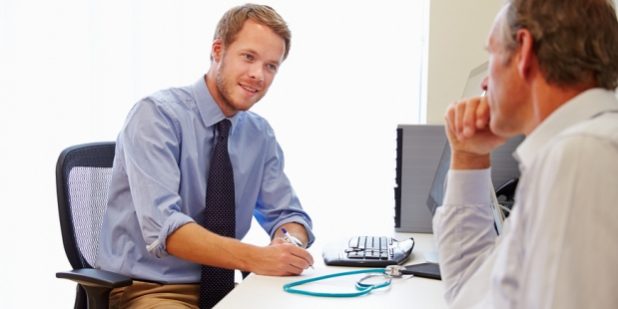 THERE IS SOME consistency in the adaptations recommended as a therapeutic intervention in that strategies are often more visual, repeated and concrete.

This is however dependent on age, person’s preference and specific reason for utilising Cognitive Behavioural Therapy (CBT).

CBT approaches are designed to teach people how to monitor their own thoughts and perceptions as a way of becoming more aware of possible interpretive errors.

As the name suggests, CBT attends to both cognition (thinking) and behaviour (action) and is frequently used as a form of therapeutic intervention for neurotypicals with anxiety and depression.

Anxiety and depression are common co-occurring conditions for those on the autism spectrum so it makes sense to consider this as a potential psychosocial intervention (Spain, Sin, Chadler, Murphy & Happe, 2015; Kerns, Roux, Connell & Shattuck, 2016).

There is some evidence that psychological interventions adapted for adults with autism can be effective (Spain et al, 2015; Kerns et al, 2016).

These studies used different methodologies however narrative analysis of the data found that CBT interventions (including behavioural, cognitive and mindfulness-based techniques) were moderately effective treatments.  Given the small sample size and different methodological approaches, further empirical research was recommended to fully investigate (1) the acceptability and effectiveness of a range of CBT interventions for autistic adults with co-occurring anxiety and depression and (2) to identify which adaptations would optimise CBT techniques and outcomes.

Kerns and others (2016) identified that CBT approaches have been modified successfully to treat anxiety and depression in early adolescents. They provide a more conceptual article that explores the vulnerabilities present for those in later adolescence and emerging adulthood and draw from their own clinical experience alongside the literature to offer some potential modifications.  The table below is adapted from Kerns et al (2016 p.333) and highlights adaptions that could enhance a collaborative therapeutic relationship.

Vasa and others (2014) systematically examined the efficacy and safety of psychopharmacological and non-psychopharmacological anxiety treatments for youth with autism spectrum disorders. They found moderate efficacy when CBT was utilised. CBT modifications included: visual supports, concrete language, modules to address special interests, social skills and emotional regulation. These researchers highlighted the importance of considering adaptations to the instruments used to assess anxiety in addition to focusing on intervention strategies.

Ung and others (2014) systematically reviewed the literature and provided a meta-analysis examining the efficacy of CBT for anxiety among autistic youth. Findings suggested that CBT demonstrated robust efficacy in reducing anxiety symptoms in youth with “high-functioning” autism. The modifications made to CBT were: inclusion of social stories that explain the thoughts and feelings of others; social coaching to develop social skills; visuals aids and structured worksheets to employ CBT components.

Weston and others (2016) conducted a meta-analysis and systematic appraisal of the effectiveness of CBT for autistic people. They found a small to medium positive effect depending on the outcome measure used. Common adaptations were: increased use of social stories and vignettes, increased use of role play, and the involvement of family members in the intervention sessions and homework activities.

Walters and others (2016) evaluated studies that effectively employed CBT to alleviate symptoms of mental health problems of young people. The results indicated that modified CBT led to a reduction in anxiety, obsessive-compulsive disorder (OCD) and depression. This review summarised the consistently reported modifications to the content and delivery of interventions for:

Additional modifications for treatment of obsessive-compulsive disorder as (2016, p. 147);

Summary of specific modifications to treat depression with young people as (2016, p. 148);

Relevant books: There are also books that may support clinicians in their practice. For example, CBT for Children and Adolescents with High-Functioning Autism Spectrum Disorders (2016) edited by Angel Scarpa, Susan White and Tony Attwood. Chapters are presented as session-by-session overviews and review program evidence base and practical considerations in treatment. The book provides a framework for assessment and case conceptualisation that draws from the DSM-5.

Summary
There is some research evidence to suggest that modifications to CBT may be a useful intervention for those on the autism spectrum. Further rigorous study is required to advance knowledge in the effectiveness of this as a psychosocial intervention.