Marching to the beat of a different drum

Marching to the beat of a different drum 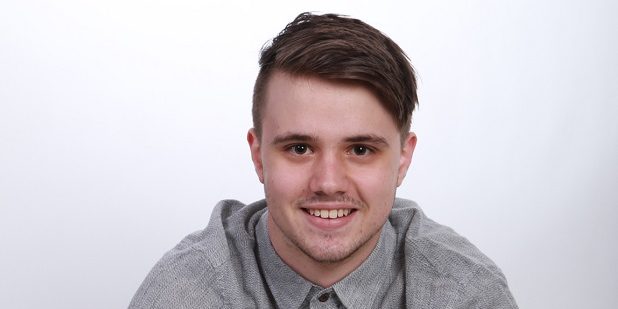 23 July 2018 – When Patrick Ward opened his mouth to sing in the Westfield Five Minutes of Fame competition seven years ago, his mother Kate had tears rolling down her face. This kid can sing, she thought. The pair opened up to Altogether Autism editor Mary Anne Gill about how the theatre now plays a significant part in his life.

IT MIGHT have taken Patrick Ward 20 years to get comfortable in his own skin but now that he is, he’s making each post a winning one.

Starring roles in musicals and dramatic plays and lots of As at Waikato University, where he is doing a Bachelor of Arts degree majoring in Screen and Media Studies and English, mark this Wellington-born but Waikato-raised young man as someone to keep an eye on.

His mother Kate McKegg, a director at Knowledge Institute Ltd, remembers there was always something different about Patrick.

He was her surprise baby, the youngest of three by a long way, not planned but much beloved. 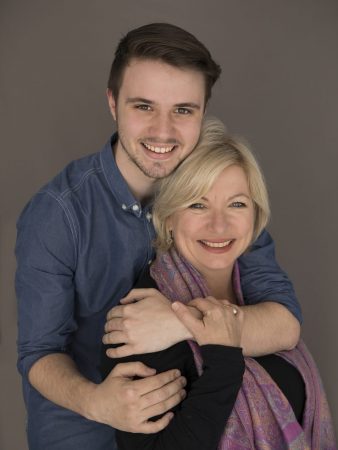 It was three years after he was born, when the family had moved to Te Awamutu, that Kate sensed there was something special about her son.

“He had the ability to focus on things when he was very, very young.

“At the beach he would sit on the tractor for long periods of time and was totally uninterested in going in the water. He had this real focus.”

Then there was his literal interpretation of instructions, followed to the letter.

Unlike her other children, Patrick did not have friends. Kate did not worry until her quirky son struggled at Pokuru Primary School in Te Awamutu.

“He could read, but maths and science, no way,” she says.

He transferred to Hillcrest Primary School because Pokuru, a small country school, did not have the resources to support Patrick.

But still the family had no idea what was “wrong” with Patrick until he had what appeared to be an epileptic seizure in a store.

A referral to the Child Development Centre at Waikato District Health Board in Hamilton came up with a diagnosis – Asperger’s.

Psychologist Jenny Gibbs met the young boy and effectively found that Patrick walked to the beat of a different drum, not necessarily the wrong drum, but one that others, like those he went to school with, found somewhat odd.

“When I think about Patrick then, when he was a little boy, he was up and down the steps all lunch time, happily singing away.”

He started to feel excluded at primary school, pushed out of activities and ridiculed.

At middle school, the anguish continued for him.

“Some people might not view what they (the students) were doing as actual bullying. I definitely felt unnecessarily harassed.”

Even some of the teachers struggled with him.

“They would talk to me in a way that I was stupid. There were just lots of things that I hadn’t learned yet.”

Kate was horrified when she saw first-hand the sort of treatment meted out to Patrick while on a school camp.

“What I saw was horrendous bullying. They would go into his room in camp and take all his clothes and then put them all through the (other) buildings. 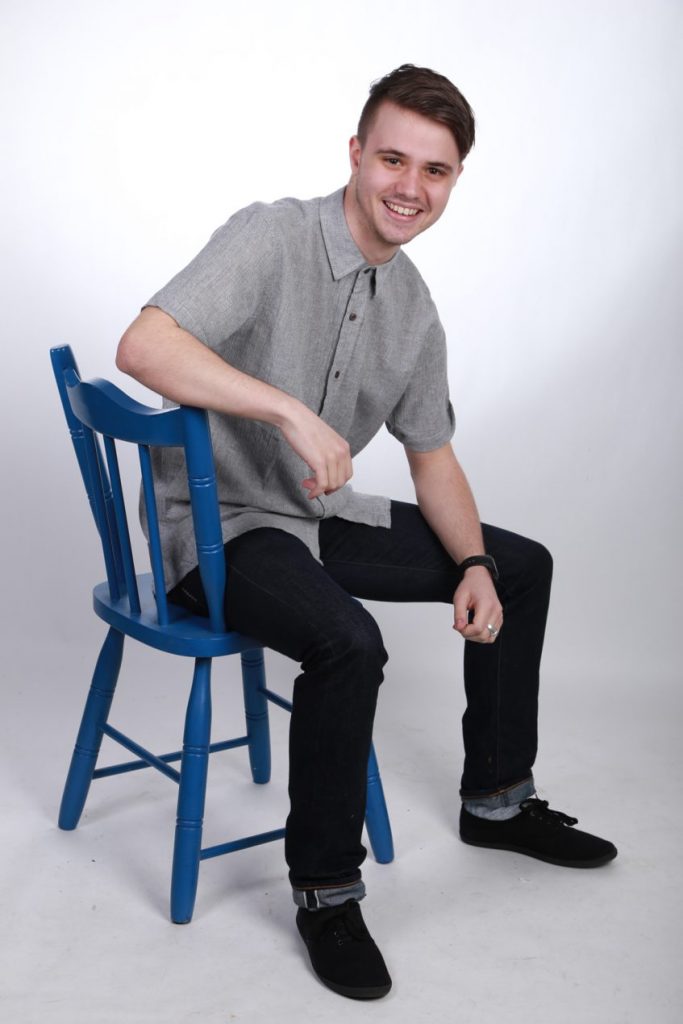 “When there was a call for people to pair up, they would deliberately exclude him.”

In his last year at middle school, students were asked to share things about themselves.

Patrick bravely told them what Asperger’s was and what that meant for him.

“One of the people who had picked on me, came up and said they were sorry, they just didn’t know about what I was going through.”

Kate had already sensed that Patrick’s friends were not in the main crowd.

“The people Patrick is attracted to are really nice people, genuinely interested in and engaged in what he’s interested in.”

Then came the talent quest which changed his life.

Five Minutes of Fame was a competition for children aged 5-18 to showcase their singing, dancing or musical abilities on stage.

Patrick entered the competition at Westfield Chartwell singing Fireflies by Owl City. He made it past the first round but missed out in the second round.

“I remember you standing there singing that first song, I had tears rolling down my face. I thought ‘wow, this kid can sing’,” says Kate. “I didn’t know he could sing, I didn’t even know he had tone.”

That competition ignited Patrick’s passion for performing. He has had roles in a number of plays and musicals at Riverlea Theatre in Hamilton, including Guys and Dolls.

Last year he acted in Boot, a drama about male sexual assault. He was cast as the victim and in a strong show of method acting, related to how he was ridiculed and bullied at school.

In early 2018 he was in Twelve Angry Men at the Gaslight Theatre in Cambridge playing juror number seven, the baseball fan who wanted to get out of the jury room to go and watch the game. 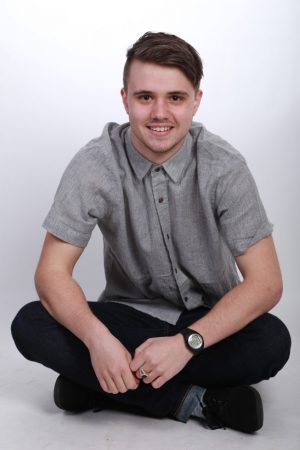 Patrick Ward – marching to the beat of a different drum

There were lots of lines, something which did not faze him at all.

His preference is for musicals though and his ambition is to become a film director.

“I find I really connect with stories, very fantastical, very spirited in that kind of way. Mostly because I have lived in a space where people don’t necessarily accept that.”

There is a confidence about Patrick which belies the struggles he had growing up. Clearly the theatre has brought about a lot of that but so too has a supportive family and close friends.

“I’ve had a lot of obsession phases.”

For a long time it was The Simpsons cartoon show, he loves New Zealand native birds and travelled regularly to Rotorua to see the native falcon.

He is a Lord of the Rings and Assassin’s Creed fanatic too.

He also likes talking to himself, having conversations in the car.

“You are your own best friend and your own mentor and you just apply it. Listening and taking feedback is one of the things I’m really good at now,” he says.

Kate is clearly his number one fan but for a reason.

“The one thing that’s important is to focus on their talents and gifts, not the deficits.”

Her advice to parents of a young child diagnosed with autism is to try not to be fearful.

“Focus on the things they’re obviously talented at, where they are able to flourish and find their tribe. Find things they can shine at. They’re not the same as other kids but that’s okay.

“And don’t have fears at age six, there’s a talent there that’s yet to come out.”

Her advocacy role in Patrick’s life has been critical.

“Paddy needs us to be his advocates, he doesn’t need your judgement,” she says.

And as for that different drum he marches to?

In the words of Henry David Thoreau in his book Walden published in 1854:

“If a man does not keep pace with his companions, perhaps it is because he hears a different drummer. Let him step to the music which he hears, however measured or far away. By doing so, men may find happiness and self-fulfilment.”