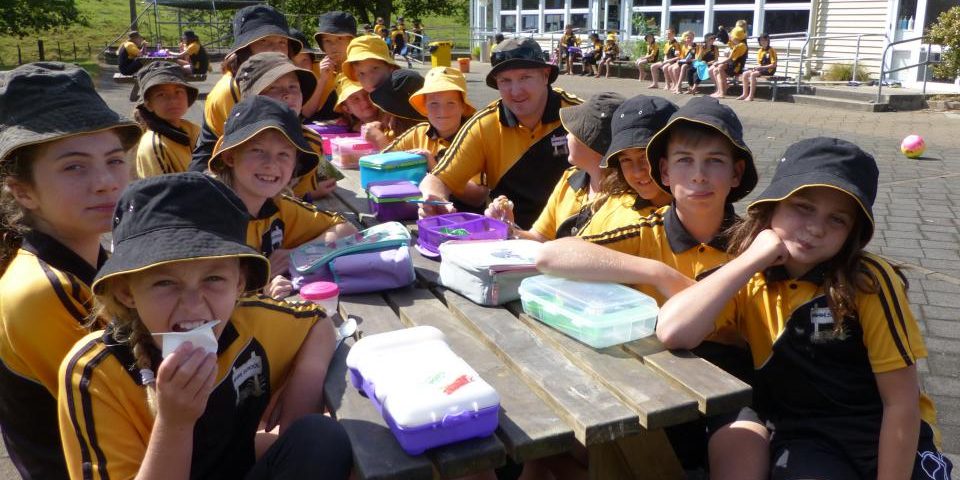 14 March 2017 – When Maihiihi School principal Glenn MacPherson slipped a note and a parcel into Cam Uden’s school bag in October last year, little did he know that simple gesture would put the small King Country school on the global map. Mary Anne Gill visited the school recently to find out what is so special about Maihiihi. 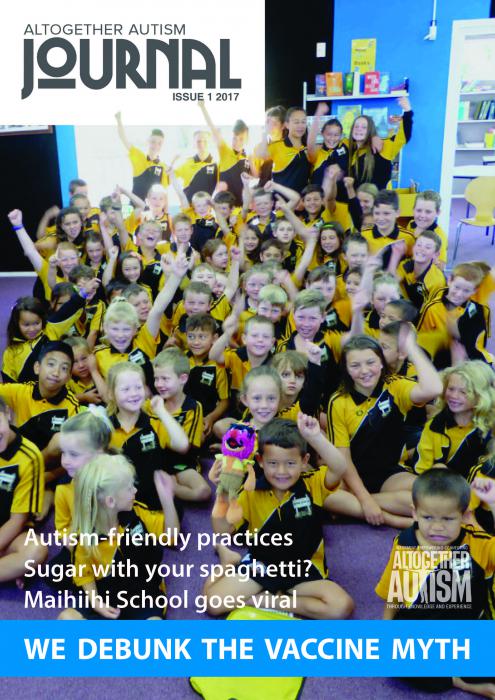 He knew Cam’s family loved the game and says he thought “every now and again you see a kid with a little bit of need”.

So he wrote Cam a note and gave him a sports t-shirt which Northern Districts overseas import cricketer Ben Laughlin had worn.

“Cam I have been very impressed with your attitude and development since you started here at Maihiihi. You are like our overseas pro, you offer our school so much in many different ways. This little gift is future focussed. It will not fit you now but when it does, I would like you to look me up and come and tell me what career path you have chosen. I am guessing it will be something to do with technology, maybe computer programming or game design!! Maybe even a job that doesn’t exist yet. Mr Mac.”

Cam’s father Jason could not believe it. An avid Twitter fan – his best posts before that had featured the jokes he wrote on his son and daughter’s sandwich bags – he tweeted to his followers:

“Maihiihi primary have adopted our quirky son who has autism with such love and acceptance. This came home today.”

It went viral on social media and in other media including Stuff, the Daily Mail and Metro.

To his followers Uden said: “Yeah in a time when education cops a hammering it’s great to be reminded of how special most of them are.” 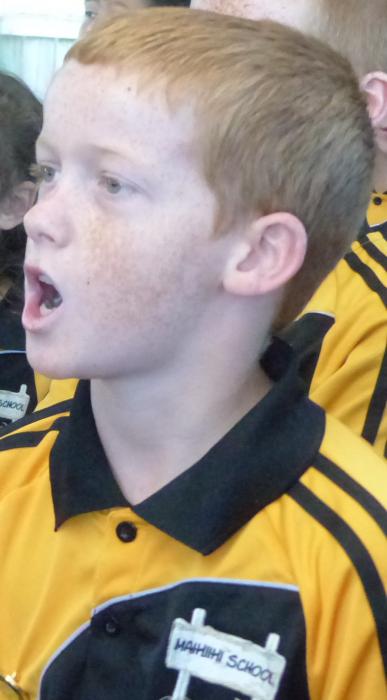 The fuss seems to have passed Cam by. Four months on, he is a house leader with a degree of confidence his parents find refreshing.

The first thing you notice when you pull up at Maihiihi School, about 20 kilometres east of Otorohanga tucked into rolling King Country farmland with a mix of dairy, sheep and beef, is the impressive sign with its motto “Nothing great is easily won” and the high green fence that prevents “bolter” children from getting out.

“We are fully fenced here. If a kid has a melt down here, they’re not going anywhere because they are safe in our grounds,” says MacPherson.

Maihiihi has another child on the spectrum at the school – 7-year-old Erin.

One is entitled to funding from the Ministry of Education, the other isn’t.

MacPherson has a novel approach to educating children on the spectrum developed as a child when his mother Cathryn taught children with learning differences at Tokoroa Intermediate and the Down syndrome pupils joined the family on their holidays at Rotorua’s Blue Lake.

“We taught them water skiing, swimming, everything really. It made me realise that it’s all about treating kids equally and making school a fun place to be.” 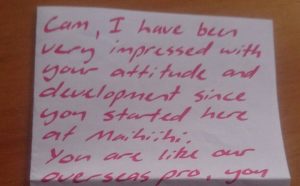 MacPherson was born in Dannevirke and grew up in Tokoroa with his mother and father Murray (then a farmer, now a truck driver) and two brothers, one of whom also became a schoolteacher.

He started teaching in 1999 working in Wellington, Liverpool UK, Upper Hutt and in Hamilton. When the Maihiihi board of trustees interviewed him for the Maihiihi job three years ago, he knew that is where he wanted to be.

During the 35-minute commute from his home in Cambridge, where he lives with Vanessa and three children (Macy, Hadlee and Jossy), to Maihiihi, he challenges himself to make a difference in the schoolchildren’s lives.

“School has to be that safe zone for them. All children need to feel welcome and included here.”

Good teachers are the key too, he says.

“A general teacher has to be everything: doctor, psychiatrist, counsellor, you name it.

“You can spot the good teachers.

“They get to know their kids and the kids know they really care. It’s about setting high expectations for them and it’s the same rules for everyone.

“No one here is put on a pedestal and if they break the rules, they get the opportunity to right the wrongs.”

The Government is set to release new guidelines on how to deal with challenging behaviour. Some schools use seclusion rooms, which the Ministry of Education and Altogether Autism do not favour.

“You can’t let them hurt themselves or others; there are better ways of handling them though than putting them in a seclusion room. You’ve got to treat an autistic child the same as every other child in the school.

“Locking them away is not the answer. Building relationships with the children and their families is vital.”

When Cam has issues at school, teachers give him noise-cancelling headphones to wear.

He also has his own space within the classroom with his own beanbag.

That means Cam is out of a situation but is still within the classroom environment.

“All our Maihiihi students are great kids; they are unique and different in so many ways, yet function so well as a whole unit.” 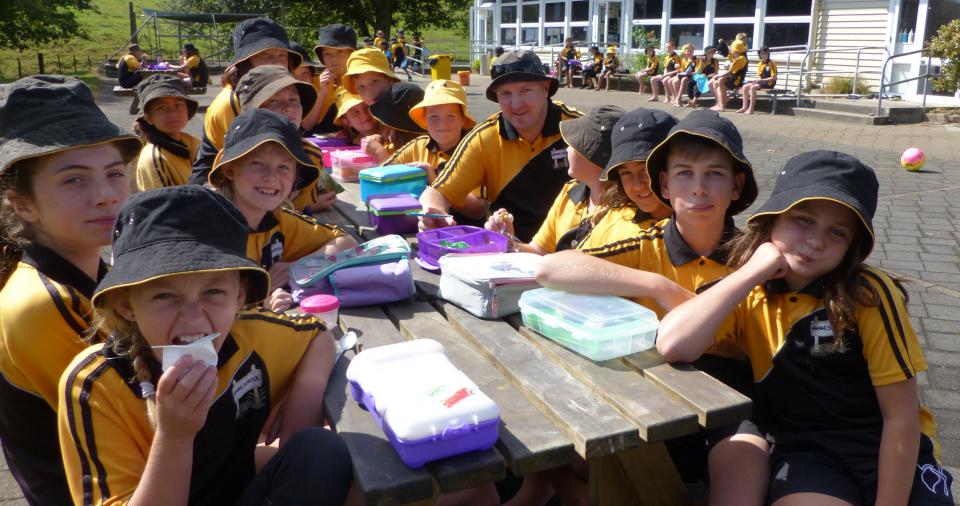