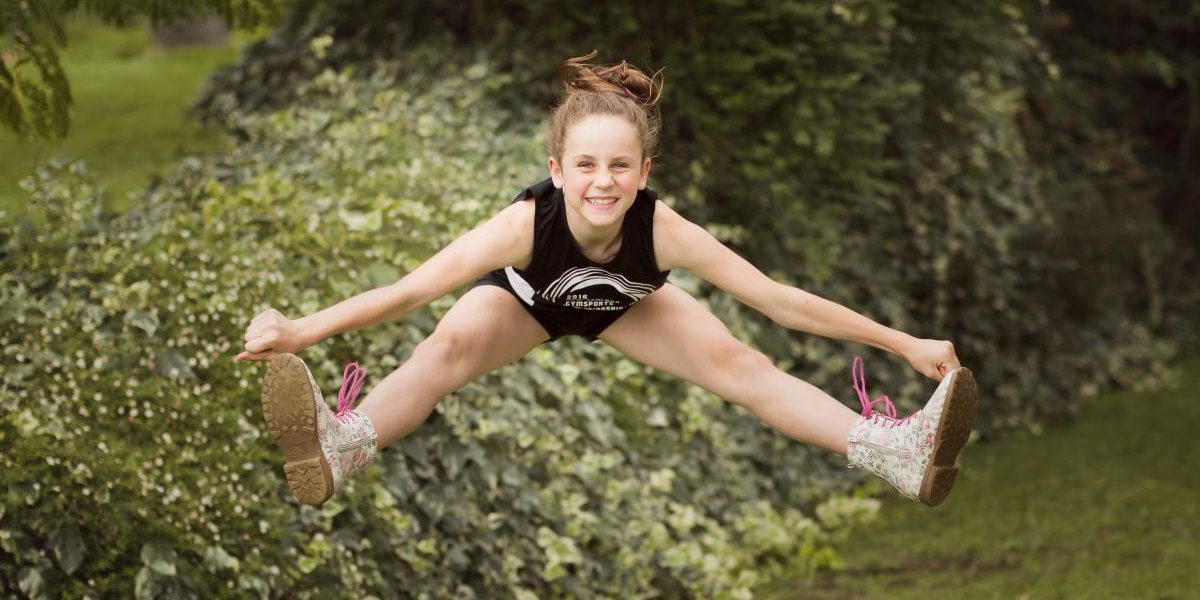 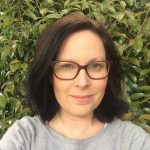 FANS of perennial New Zealand children’s television favourite What Now may recognise her as Izzy, the smart, bossy and often sarcastic girl from ‘Mysteryville’ — a 10-minute segment about three young sleuths solving weird and wacky mysteries which screened last year.

Sophie insists she’s not like Izzy at all. In person she’s bright, bubbly and full of barely-contained nervous energy.

It’s an impressive string of letters, but Sophie hasn’t let it get in the way of her goals, like taking a role on national television in front of tens of thousands of Kiwi kids. It was a dream come true for Sophie, who says she always wanted to be ‘gunged’ — the What Now custom of drenching people in slime.

Sophie on the What Now set with cast mate Lucas Howard-Smith.

Sophie says having the chance to see what goes on behind the scenes and meeting television personalities like the hosts of the Adam & Eve Show, Erin Simpson and stars from MasterChef was “cool”. But some of her best memories from the show happened offset, like returning to the hotel at the end of a long day, sharing pizza and talking with the cast.

Long days on set were a significant challenge for Sophie. She’s learned to manage her tics — the involuntary, repetitive vocal and physical movements associated with Tourette Syndrome — by holding them in with the help of sheer will and medication. But by the end of long and “super-tiring” days filming, she found it increasingly difficult to get her lines out uninterrupted.

Sophie likens her tics to an “icky” feeling that can’t be ignored forever.

“It’s like when you sneeze; you have to sneeze. You can only hold it back a certain amount.”

‘Mysteryville’ was a big commitment for Sophie and her family, involving travelling to Christchurch for filming two to four days a week over 12 weeks. Friends and family stepped in to help so Sophie could take up the opportunity, and to minimise disruption for younger brothers Reid and Malachi, who is also on the spectrum. 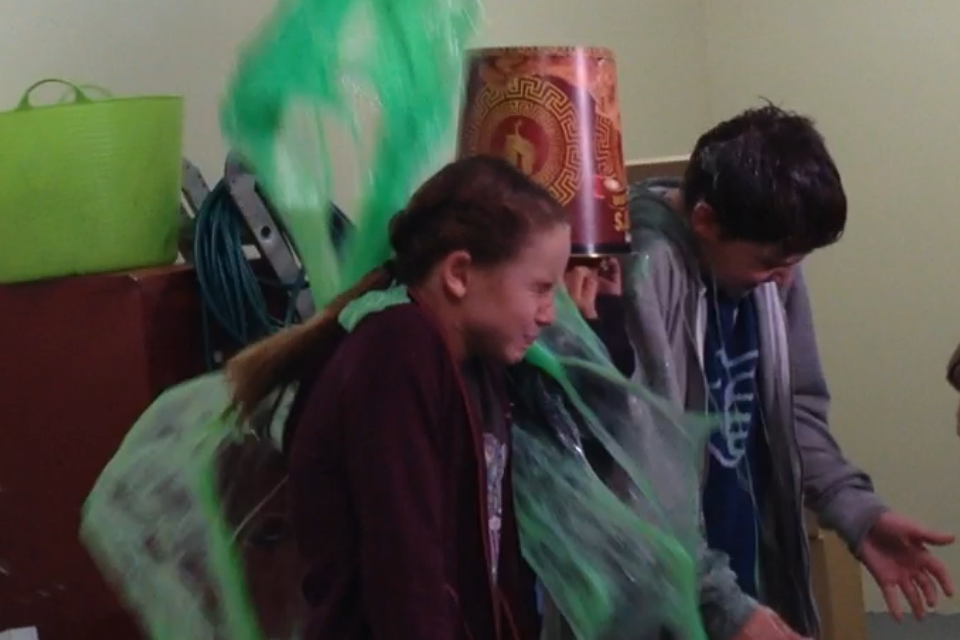 Being ‘gunged’ a life-long ambition for Sophie

Finding confidence behind a microphone

Sophie’s decision to try acting came out of the blue after she heard about auditions for the musical Annie in Auckland in 2014, recalls her mother Sarah Julou.

“Sophie had never acted or sung or done anything and just announced she wanted to have a go.

“So we thought we’d give it a go, and she got through right to the final cut. And that’s when she realised she wanted to do musical theatre,” says Sarah.

Sophie wasn’t fazed by the first knock back. Instead Sarah says Sophie treated the audition in typical Sophie fashion — as a fun “social experience”.

“When we did the Annie audition, it was massive. There were hundreds of children auditioning. And these people came out devastated because they hadn’t got in. And when Sophie finally didn’t get through to the next stage, she came out and we thought she had got through because she had such a smile on her face and she was wishing everyone good luck. She hadn’t got through, but it didn’t bother her. It didn’t stop her having another go. She just thought — oh well, I had great fun.”

After the Annie audition Sophie joined Tauranga Musical Theatre and has appeared in six productions including Beauty and the Beast, Mary Poppins and The Very Best of Broadway.

“I got a solo in [The Very Best of Broadway], which was really exciting for me. The solo in front of everyone was really nerve-wracking, but that’s what gave me confidence to straight-up sing in public.”

Since then she’s sung with the New Zealand Men’s Choir and will sing in front of a 13,000-strong crowd for the second year running at the 2018 A Night Before Christmas celebration at Bethlehem College.

There’s something about having a microphone in hand that gives Sophie confidence, says Sarah.

“Singing is actually known to help Tourette’s – and it does help,” agrees Sophie.

Gymnastics is another passion for Sophie. She’s been involved in the sport since she was two years old, but it hasn’t been without challenges. Sophie gave up artistic gymnastics three years ago when Tourette’s and OCD began affecting her performance and impacting on her competition scores and those of her teammates.

“You have to be perfect. You can’t move. It looks like you wobble, and a wobble can affect your whole routine.”

Sophie started tumbling instead — a fast-paced gymnastics discipline where competitors perform somersaults and twists on a straight track — and competed with the Bay of Plenty squad at nationals in Christchurch last October.

The rapid nature of the discipline is a better fit for Sophie. As she says, “you don’t have the time” to wobble. There’s also the positive feeling she gets from the motion of tumbling.

Sophie’s not afraid to seek out the extreme, which includes completing the SkyWalk 192 metres above Auckland with nothing but a rope attached to a rail circling the exterior of the Sky Tower to keep from falling.

“When Sophie did the Sky Tower experience, she was so excited because she’s always wanted to walk around the outside. And she was doing gymnastic poses, hanging off the edge,” says Sarah. “So, no fear – literally.”

“If I don’t tell people I’m on the spectrum they see me as ordinary,” says Sophie.

“I think one of the problems with high-functioning autism is people look at Sophie and don’t see it. In fact, that’s probably the biggest battle she has,” says Sarah.

Sophie agrees. “They look up my disabilities online and think ‘Sophie doesn’t have that’.”

It’s an inevitable consequence of the all-too-often narrow or stereotypical representations of conditions like OCD, Tourette’s and autism. Sophie says Tourette Syndrome isn’t all about shouting swear words and OCD is not all about cleaning.

“You need to show the whole spectrum. People need to understand that although they might not see something, it doesn’t mean there’s not other stuff going on underneath,” says Sarah.

“For Sophie, the OCD is probably the thing she struggles with more than anything because it can be so debilitating that you can’t leave your house because of it.”

“Yeah. Because when it’s that bad I can’t walk. I can’t get out of bed. It takes me half an hour to go to the bathroom,” Sophie adds.

“There’s a lack of understanding around high-functioning autism and OCD — they don’t understand how complex it is. Particularly in education.”

That’s one of the reasons Sarah started homeschooling Sophie and Malachi four years ago. That, and bullying from other children who would try to trigger Sophie’s OCD and Tourette’s behaviours.

For the last two years Sophie and Malachi have attended Mockingbird — a parent-run group that caters to the individual needs of neuro-diverse children aged five to 18. It runs three days a week from a small room behind a church and currently supports 33 children. Sarah sits on the board and is responsible for finding funding for the group.

“We contract a behavioural consultant, a coordinator, a mentor and a teacher and we offer a very varied programme. The kids pick and choose and do what they want to do. And it’s just a relaxing environment.

“It’s been amazing … That’s been a huge factor in Sophie’s successes over the last 24 months. If I’d said to Sophie two years ago ‘sit down and write a song’ she wouldn’t have got past the first sentence. It’s given her the space to be creative without the pressure.”

Sophie is hopeful of a future in the performing arts, with singing, guitar and songwriting lessons currently on the menu. The ultimate goal is a role on Shortland Street. She’s a big fan of the show and used some of her earnings from ‘Mysteryville’ to buy a television so she can watch it nightly in her bedroom without bothering the rest of the family.

Sophie’s realistic about how hard it can be to crack into show business despite all the successes she’s accomplished so far. But mum Sarah is more optimistic.

“The ability to just go up there and do something and give it a go is a huge strength,” says Sarah.