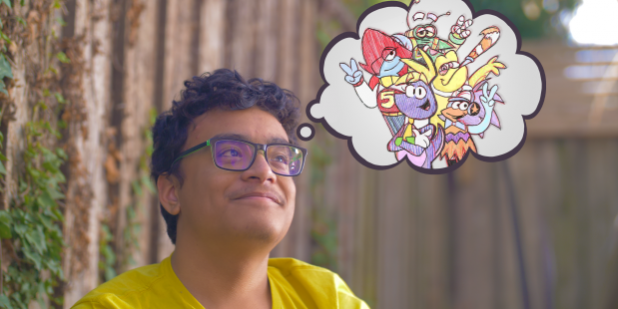 To look forward into the future we must reflect on where we have come from, writes Ali Cowley.

WHEN I WAS a kid, the only thing I knew about people with autism was by watching an 80s TV show ‘That’s Incredible’.

They highlighted a kid that couldn’t see or talk but could play music like one of the great composers such as Ludwig van Beethoven. Come to think of it, I don’t even remember the show mentioning the person was autistic, but the person was referenced as an ‘idiot savant’. I remember thinking this term sounded highly offensive but was a clinical description of that person’s condition.

I guess these kinds of re-collections are my way of trying to reach for something that categorised someone on the autism spectrum but not actually being informed about what it was. I was

just generalising an intellectual handicap (this time the second word was highly offensive to my ears), but I was starting to sense a pattern of juxtaposed clinical adjectives.

I guess I didn’t really make any effort to try to know what autism was and the more media or newspaper articles covered autism, whether it was clinical or human interest stories, I found myself becoming empathetic to what autism looked like in public i.e. the said person flailing their hands around their ears with mostly loud short bursts of noise usually attached with an adult furiously fussing about them flustered and slightly embarrassed. 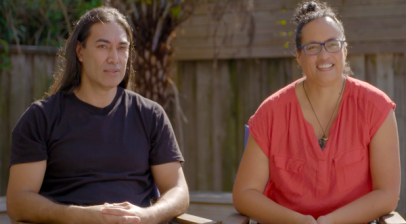 It wasn’t until I had a child on the autism spectrum that I became that adult and inherited all that goes with the spectral world.

It was only 16 years ago that this happened when my wife Donna and I had our first-born son Nikau.

Before Nikau, we knew what our goals were. As a couple of career minded singles, we could see what was in our line of sight. Donna achieved a Bachelor in Maori Studies and a Post Graduate Diploma in primary school teaching. I achieved my goals towards my animation career.

All of this was happening, as well as getting married in the midst of it. Our next plans were to start a family. Questions about what would it be like to be parents? Every romanticised or dramatised notion popped into our heads.

Nikau’s birth was new to us. As new parents, we didn’t know what to expect. Advice from friends and guidance from Donna’s mum helped us both and we soon started doting over baby bassinets, clothing and everything else.

Fast forward to the delivery room and an expectant Donna had to be induced which added more anxiety but our prep work made us think we were ready or so we thought. As soon as Nikau entered the world, we had a slight feeling of uncertainty about his entrance especially because he didn’t burst out in song like we had seen on television programmes. Nikau chose the mysterious silent type approach.

This was the most exciting moment for us and we were ecstatic parents. A four-year romantic period began with our first child celebrating birthday milestones. Nikau was our dream child. He played quietly all day but that uncertainty we had from his first breath became a signal that also was paired with other behavioural experiences he had at his kindergarten. After a child psychologist intervention at kindy we were referred to the Manukau SuperClinic for tests and learned of our son’s condition. He had Asperger’s Syndrome.

A certain amount of relief comes with knowing and for a long time we didn’t know why our son wasn’t connecting with us and everyone else. He gave us huge anxiety when in public (remember the fussy adult moment but in this instance, Nikau wasn’t making quirky noises) but we managed that by either having short outings or not going anywhere. 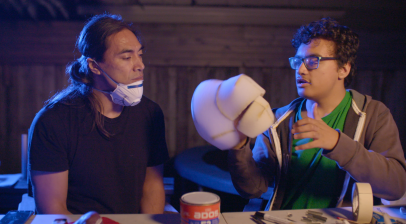 Ali and Nikau constructing a puppet.

If we look at where we are now, we had no preparation for what we experienced and about the future of autism, I can tell you this. Sharing is caring!

In a world where we have information technology and popular culture, we can take ownership, to be caretakers of each other whether having this condition or not and continue to share that knowledge with those that may need it.

Pasifika Autism Support Group (PASG) is a parent founded initiative run by families who have spectrum kids. One thing to be said is autism affects the whole fanau and not just the child.

We connected with founders Betty and Brian Pulefolau because we could not find any support networks for Pasifika fanau. PASG exists because of this amazing couple. PASG is our community’s future and it has grown exponentially over the last decade.

I recently directed a documentary called Meet Munch Jr which is part of the Loading Docs platform. 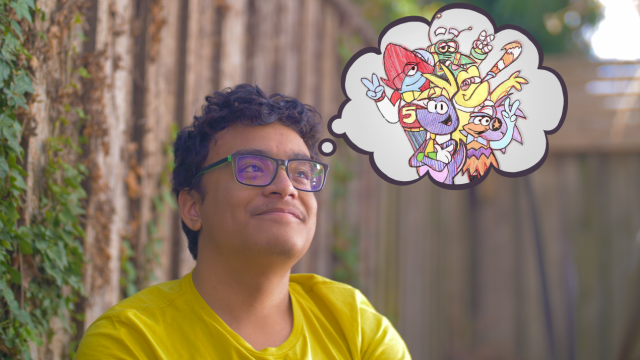 It is about my relationship with Nikau but, it’s a story of hope. The documentary has had such a great response from our community, fanau and teachers and it has become a beneficial resource for PASG. We hope it will create more support groups and encourage conversations and awareness of Autism, which for me is vital.

We hope to show better understanding and the importance of diversity and inclusion. The future of autism for us has arrived and can only get better. The words that used to hurt my ears have now been thoughtfully re-worded. Neuro-diversity describes how the future looks which is bright and full of empathetic sharers of love.